Last Friday, the creator of the new Disney Epic Mickey video game, Warren Spector, led a media tour at Disneyland park to show how the Park inspired him and parts of the game. We’re treating you to an inside look here on the Disney Parks Blog.

“The game is all about honoring our individual and collective memories of Disney magic,” Warren said on the tour, “and I knew I had to allow players to explore places they’d find familiar – strange, of course, but familiar.”

Before I share highlights from the tour and screenshots from the new game, it’s helpful to have some background. In the action-adventure platforming game for the Wii console, Mickey Mouse ventures on an epic journey of creativity and discovery. As Mickey, the player is propelled into Wasteland, an alternate world made up of Disney’s current and long forgotten characters and attractions. It’s a place ruled by Oswald the Lucky Rabbit, Walt Disney’s first cartoon star. As Mickey, the player uses paint and paint thinner to dynamically change Wasteland.

Warren began the tour at Disneyland park on Main Street, U.S.A., and explained that this was his inspiration for “Mean Street” in the world of Disney Epic Mickey. Warren stated: “I wanted players to be able to stand in the main square, look around and say to themselves, ‘I’ve been here before!’” 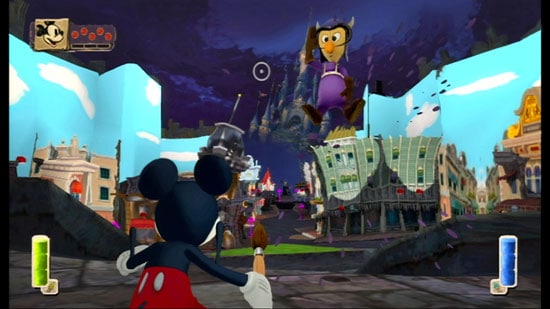 When I look at the image above, I see a combination of Main Street, U.S.A., and Mickey’s Toontown. What do you see in the image? 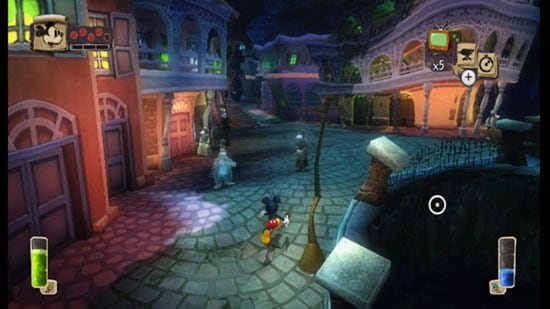 Next, Warren took the group to New Orleans Square and pointed out that elements of this land can be found in the game’s Ventureland location, as well as a part of Wasteland called “Bog Easy.” Warren describes Ventureland as a “pirate-like and ghost-like place in Wasteland, where Oswald centralized all the Pirates stuff and Ghost stuff, toon and animatronic, that fell into Wasteland.” 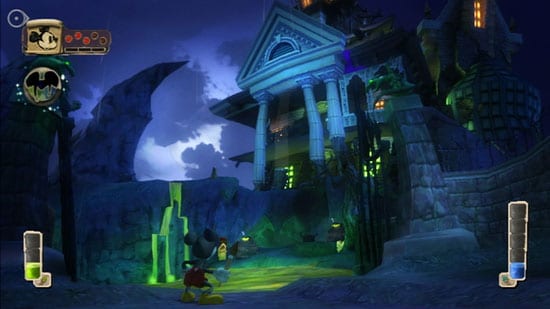 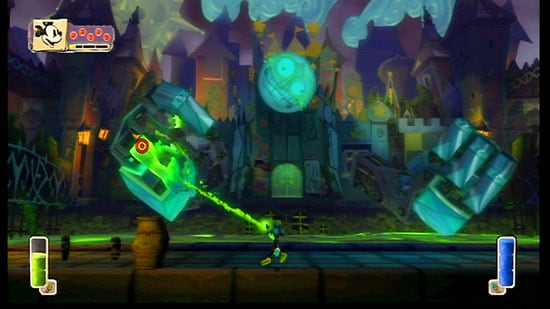 The Disneyland attraction, “it’s a small world,” served as the inspiration for Gremlin Village in the game. Warren explains why he chose to include this attraction: “Exiting the Small World ride, I looked at the almost unnaturally, unnervingly cheerful face of the Clocktower and immediately thought, ‘Wow, there’s our first boss!’ I thought it would be amusing to see a symbol of love brought to life as an adversary, and you can always turn it into a friend, if you choose!”

There are many more surprises to discover in the game, but what do you think of these screenshots and our insider’s look? Which images do you like best?