The Disney Dream cruise ship recently stole the show in Papenburg, Germany when it floated out of the building dock at the Meyer Werft shipyard, marking a major step in the final construction of the ship. However, it was the 400+ school children from the local community who ended up being the stars of the weekend.

Continuing the Float Out celebration, Disney VoluntEARS hosted some 400 children and families from the local communities for an exclusive showing of the Disney film, “Beauty & the Beast” at two local theaters in Papenburg and Leer. Mickey Mouse and Donald Duck were on hand to welcome the children and introduce the show, while VoluntEARS helped serve movie snacks and popcorn. Dedicated to giving back to the communities in which they live, work and play, Disney Cruise Line cast and crew members took this unique opportunity to share the Disney magic with children in the region known as the birthplace of Disney’s newest ship — Disney Dream. For an area that is steeped in ship building tradition, it is no surprise that Meyer Werft is one of the main employers of the area. 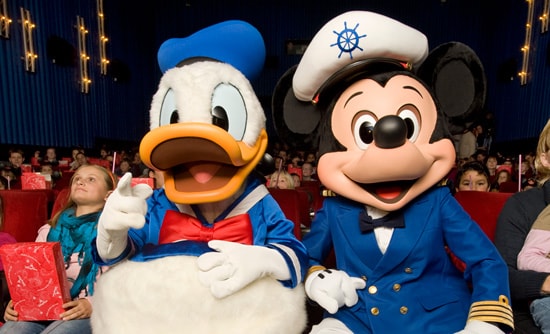 Local school children attending Pestalozzischule and Johannesburg schools, both in Papenburg, and Greta-Schoon-Schule and Pestalozzischule in Leer, received commemorative tickets to attend the special events on Sunday. 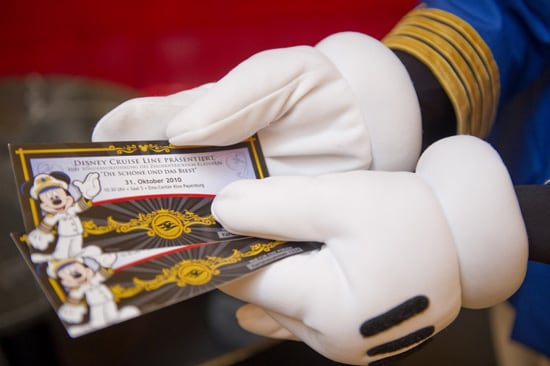 Disney VoluntEARS continue to be a positive force in over 20 communities that Disney Cruise Line frequents, offering opportunities for cast and crew members to give back and volunteer for worthwhile and meaningful causes.