Equip Your Technology With D-Tech

I “like” technology. I have been a fan since the early 1980s when I received my first computer as a gift from my parents. Technology moves as such a fast pace these days (just look at this blog you are reading now). I never thought I’d be writing for something like this 13 years ago when I joined the Walt Disney Company (of course, who thought there would be “blogs” back then). Many of you probably have your favorite gadgets (I know I do – too many, my wife would say). So how do you differentiate your favorite toy from all of the other toys that your friends have? There is a new option on the horizon that will personalize your electronic machines with a Disney twist. It’s called D-Tech, and I spoke with Kevin-Michael Lezotte, Product Developer for stationery and electronic accessories, about its evolution. 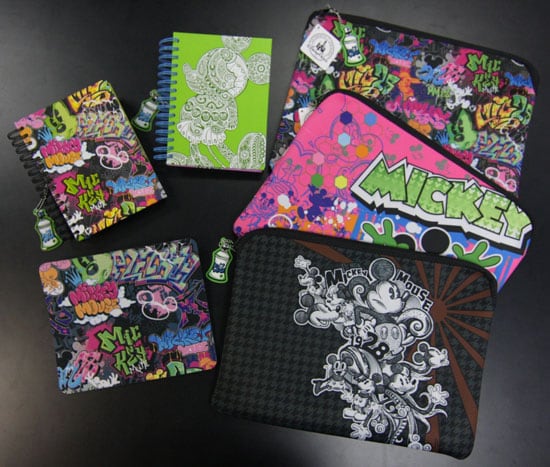 “We first introduced a handful of electronic accessories this past summer,” explained Kevin-Michael. “We started with an urban graphic-inspired line including reversible laptop sleeves, journals, mousepads, covers for the iPhone 3GS and a few other things. They were such a huge success that we have created a new brand called D-Tech.”

This all-encompassing, Disney electronic accessories brand will have its official launch on November 20, 2010 at the World of Disney stores at Disneyland Resort in California and Walt Disney World Resort in Florida. The electronic accessory line will be expanded to include additional covers for use with the iPhone 4; portfolio cases for the iPad mobile digital device; softcover zipper laptops sleeves; and more. The artwork will also be expanded to include executive portfolio styles and fun Disney character designs. 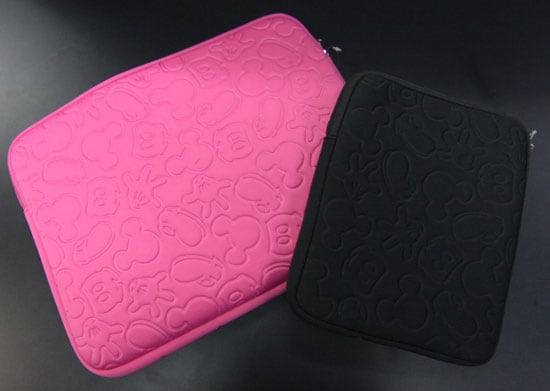 Kevin-Michael explained that design concept was a little different for the D-Tech brand.

“We focused on the various technology items first,” continued Kevin-Michael. “In other words, we asked what items could be personalized and then created a variety of art styles for those items. So we may have laptop sleeves with ten different art styles.”

Natalie Kennedy, senior graphic designer with Disney Design Group, was responsible for pulling the artwork together. She also created the D-Tech logo featured at the top of this article (which you will begin to see in a variety of locations). 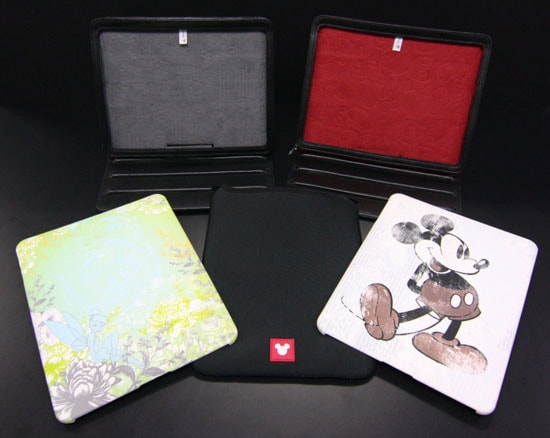 “Natalie served as a great filter for art,” continued Kevin-Michael. “She used artwork created by several other Disney Design Group artists and interpreted the designs for use on the various electronic accessories. She has a fantastic eye for design, and everything really looks great when displayed together.”

In the future (said with my best 1930s newsreel voice), more Disney Theme Park exclusive accessories will be introduced.

“Guests should look for some additional items coming in February 2011,” he said. “These new electronic accessories will only be found at Disney Parks, and all I can say is ‘Hello?’”

Who knows, maybe by then I will have my flying car or jetpack. Doubtful but I can hope.