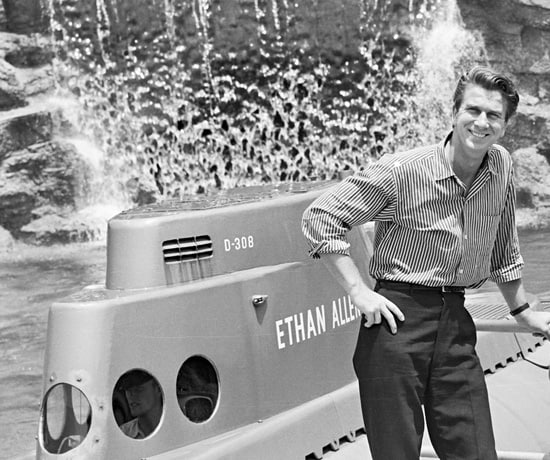 Actor Leslie Nielsen passed away over the weekend at the age of 84. We have a publicity photo of Mr. Nielsen in our archive and I’m sharing it with you this morning in remembrance of this very funny and talented man.

The photo was taken at the Submarine Voyage at Disneyland park in 1961. At the time, Mr. Nielsen was starring as Revolutionary War fighter Francis Marion in “The Swamp Fox,” an eight-episode series shown during “Walt Disney Presents” on ABC.

I watched a little bit of this classic series this morning, and as someone who grew up knowing him mostly for his comedic roles, it was great fun to see him in a dramatic one for Disney.