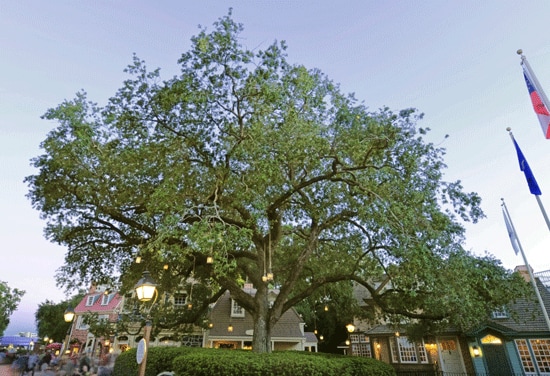 Over thirty years ago a majestic 130-year-old live oak tree (Quercus virginiana) was found on the eastern part of the Disney property and moved about eight miles to the Magic Kingdom Park. At the time of the move, this enormous tree weighed 38 tons and had a root ball measuring 18-feet by 16-feet by four feet deep.

Because of its size and weight, the oak could not be moved by simply wrapping a cable around the trunk. Instead, holes were drilled through the middle of the trunk and steel dowel pins inserted so it could be lifted by a 100-ton crane. Once transplanted, the pins were removed and replaced with sections of hardwood and the wood soon healed. 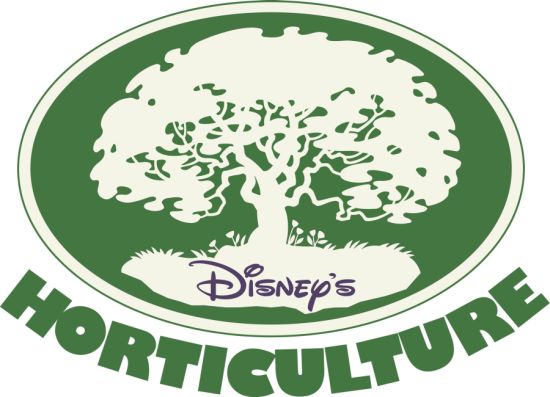 The entire process took several months to complete. Known as one of the most spectacular big tree moves, the oak we call the “Liberty Tree” stands proudly in the middle of Liberty Square in Magic Kingdom Park. It has thirteen lanterns hanging on the tree representing the original thirteen colonies. Our Disney’s Horticulture team was so proud of the successful move, the “Liberty Tree” was adopted as our official logo.