The Citizens of Hollywood – ‘Public Works’

To quote Hollywood Public Works crew member Filmore Buckets, “When you can’t see it, it’s invisible!” Sunset Boulevard at Disney’s Hollywood Studios was packed with laughter today as this zany troupe of oddball characters put on a memorable laugh-out-loud skit. Foreman Rusty had his work cut out for him, trying to contain the madcap crew as they deployed gag after gag. Filmore announced that he was also a Raccoon Ranger, and proudly showed off his vest and raccoon kerchief. 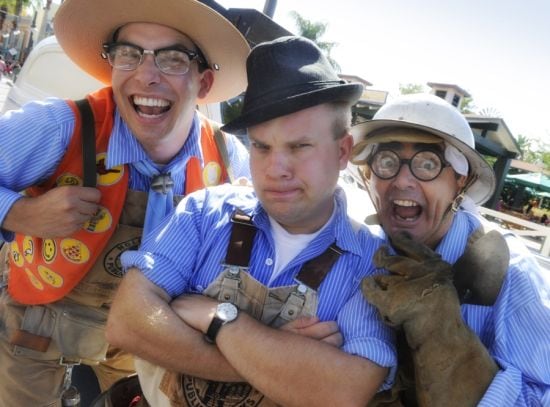 As the crew began their slow drive back to the shop, who is peering out the car window? Ladies and gentlemen, I give you none other than Frederick of Hollywood. Hysterical. 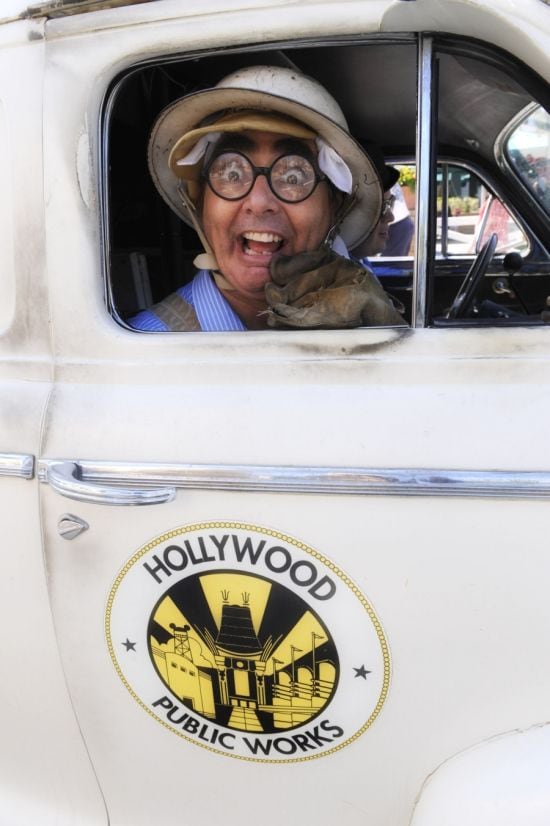