The Disney Dream Sails to the Sea

Less than two weeks after the dramatic “float out” ceremony, we’ve got another Disney Cruise Line milestone to share with you as the Disney Dream moves closer to her maiden voyage early next year.

Late last week, our newest ship said farewell to the Meyer Werft shipyard in Papenburg, Germany and made a 26-mile journey down the winding Ems River on her way to the North Sea. It’s a process known as “conveyance” and it’s unique to the ships built by Meyer Werft since the shipyard is so far inland. The delicate maneuver involved guiding the 1,115-foot vessel by tugboats as she traveled backward down the river to Eemshaven, a seaport in The Netherlands. 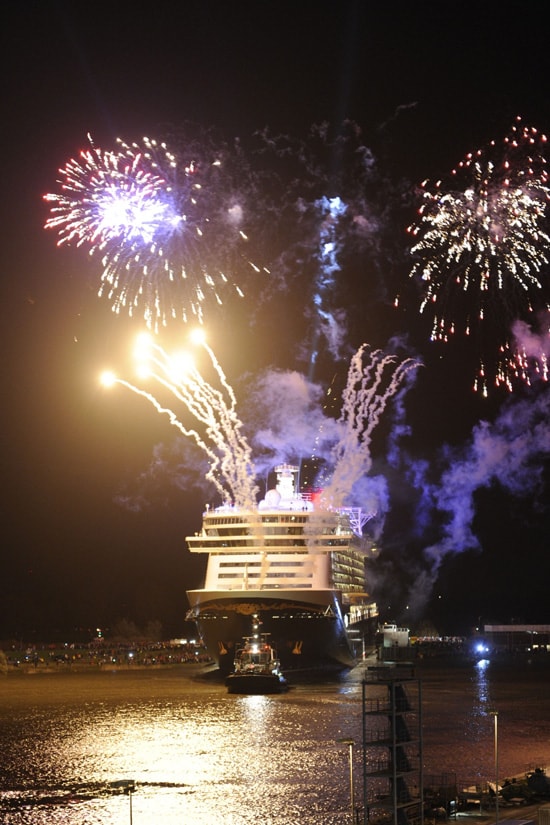 Fireworks lit up the sky as she passed through the first sea lock to leave the Papenburg shipyard, and again as she passed the town of Leer several hours later. Thousands of residents turned out all along the river’s shores to cheer her on during the overnight journey. It was quite a sight, especially since the Disney Dream’s height required removing sections of a few bridges along the route. As you can imagine, the complex maneuver called for careful coordination of everything from weather to tide levels. The crew is currently conducting sea trials to test the ship’s engines and other control systems out on the North Sea. Meanwhile, work on her interior areas continues at a steady pace in order to get ready for the maiden cruise from Port Canaveral, Fla., on Jan. 26.

We’ve captured a lot of exclusive photos and video aboard the Disney Dream over the past few weeks so if there’s anything you’d like to see just leave a comment and we’ll try to oblige in a future post.

Likes (0)
Share The Disney Dream Sails to the Sea