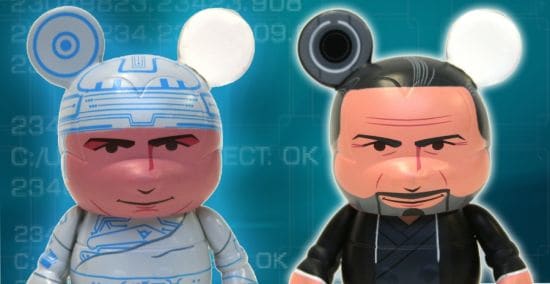 Greetings, Programs! I have added this article to the “Never Thought I’d Be Writing About This” bucket. I actually get to write about my favorite Disney film, “Tron.” I recently took my son to Tron Night in central Florida. We saw about 23 minutes of the new film, “TRON: Legacy,” and all I can say is, “Wow!” It was surreal (and awesome) to see my son pretending to play “disc game” after the preview (seriously, I did that as a kid too!). Speaking of awesome things, we have created some super cool merchandise inspired by the world of Tron (and I get to share it with you). Up first, it’s Vinylmation. I spoke with Eric Caszatt, one of the lead designers for Vinylmation, about these figures coming in 2011. 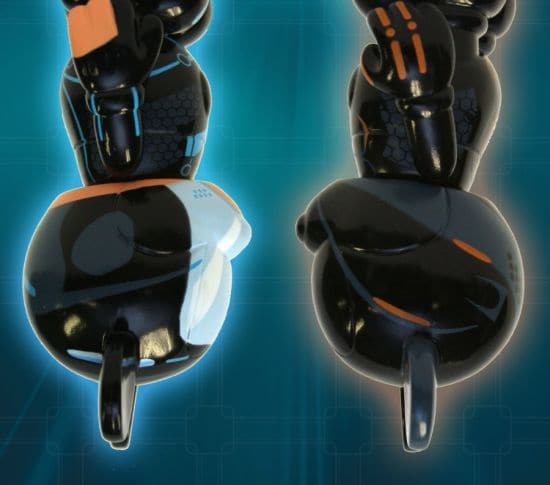 “We are releasing eight, 3-inch figures inspired by ‘Tron,’” explained Eric sitting behind his desk with “TRON: Legacy” wallpaper on his computer screen. “I started designing the figures about eight months ago. At Disney Design Group, I work closely with the Walt Disney Studios to get live action film reference materials. My great partners at the Studios provided me with complete turn-around images of the characters. The film makers reviewed and approved each of [the figures]. That was pretty cool.”

Eric designed six figures featuring characters from “TRON: Legacy” like Sam Flynn, Clu, Quorra and others. Thomas Scott designed the remaining two figures inspired by Kevin Flynn – one from 1982 and one from 2010. Originally, these figures were planned as two different limited edition sets.

“We changed the release of these figures to an open window box,” continued Eric. “We thought it would be a mistake to limit their production as they look outstanding. We believe in them like we believe in the Users [laughs].” 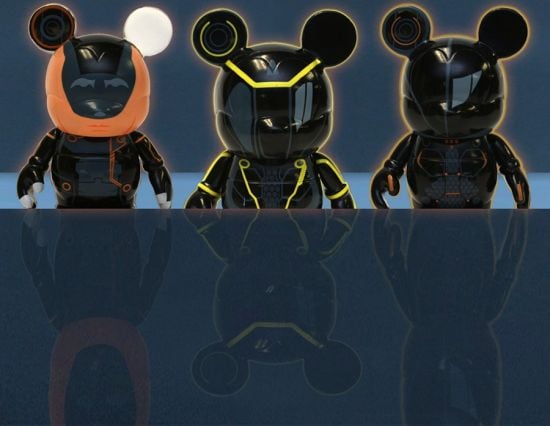 I asked Eric if he had a favorite figure from the series.

“I like Clu,” said Eric. “Everything about him turned out perfect – the color, the design, the artwork. [The figure] really pops. The most challenging figure was Castor as he is all white. I added shading to give the figure some definition and adjusted his face to give him an expression. It took several reviews from the Studios’ team before we were both happy with the final design.” 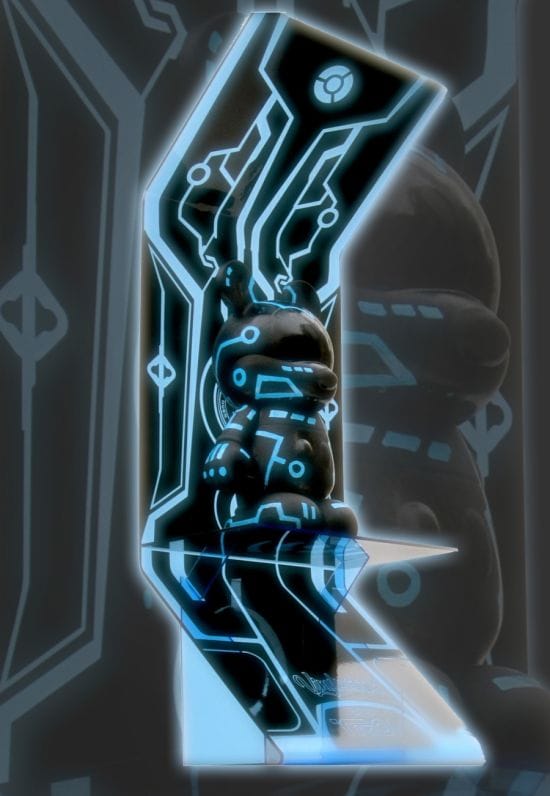 As mentioned, these figures will be released in 2011. But coming sooner to the “Game Grid” is a special event on November 21 featuring Noah, a local Southern California artist who is no stranger to Vinylmation. Noah has created 24 custom, 9-inch figures to be released at D-Street in Downtown Disney in California, and 12 custom, 9-inch figures for D-Street in Downtown Disney Marketplace in Florida. Each figure will retail for $595.00 and comes with a “TRON: Legacy” inspired display case standing 22-inches tall. Noah will be attending the event in California from 4:00 p.m. to 7:00 p.m. to personalize the figures.

I still recall the meeting that Donald Ferro, developer for Vinylmation, and I had with Noah at the end of July in California. Over breakfast, Noah explained his concepts for the figures. Seeing the final custom figures, like that preview of “TRON: Legacy” at Tron Night, blew me away! I just found the number one item for my holiday wish list this year. End of line.