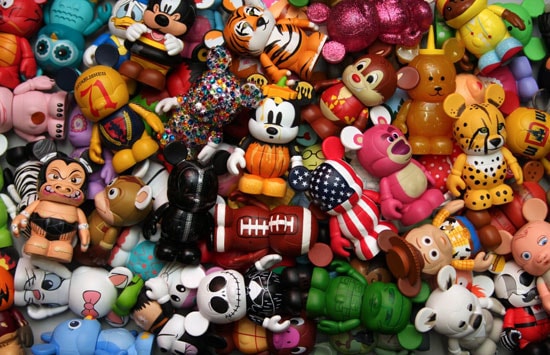 On November 7, Vinylmation turns two. There is such a difference between one and two when it comes to kids (I’m sure that some parents are nodding in agreement). The same could be said for Vinylmation (go with me on this). The program started small but continues to grow with each new release. I recently spoke with Randy Noble and Dan Howard from Disney Design Group who were involved with creating Vinylmation in 2008. They shared some stories from their experiences launching this new Disney collectible.

“When we were creating Vinylmation, I never thought it would be where it is today,” said Randy. “Originally, we wanted something that would appeal to a different guest visiting our Gallery locations. We dreamed it would be big but never thought we would have entire stores dedicated to Vinylmation.”

Dan shared his thoughts about the early design process.

“Aaron Babcock was the product developer who, along with Randy, me and a few others, helped get this collectible off the ground,” explained Dan. “We learned a lot about creating designs that were simple to translate to the Mickey Mouse-shaped canvas. It wasn’t easy at first as it was so new to us.”

Dan initially thought that every design was applied to the figures at once. It wasn’t until he saw the production did he realize how complex it could get. “When I finally saw how the figures were produced, I realized that it wasn’t as simple as I thought,” continued Dan. “This gave us the challenge to create designs that were fun and visually appealing while being easy to capture on the form.”

Dan shared his original concept for the Urban #3 series which ended up being much different than what was released. As you can see, the designs were simple to translate to the form. Randy shared one of his favorite figures that he designed.

“I liked the red balloon figure from Park #1,” said Randy. “I love the connection between the two parks with Disneyland on the front and Walt Disney World on the back. I also liked the figure with the yellow poncho. When our offices were at Disney’s Hollywood Studios, we would watch guests putting on ponchos everyday during the afternoon rainstorms. That image inspired that figure.”

Dan also shared his thoughts about his favorite figure.

“I like the script figure from Urban #3,” continued Dan. “When designs get too complex, they can lose something in translation. For me, I like seeing how Guests have connected to the figures. Each figure means something different to guests. That is the essence of Vinylmation: it is whatever you want it to be.” 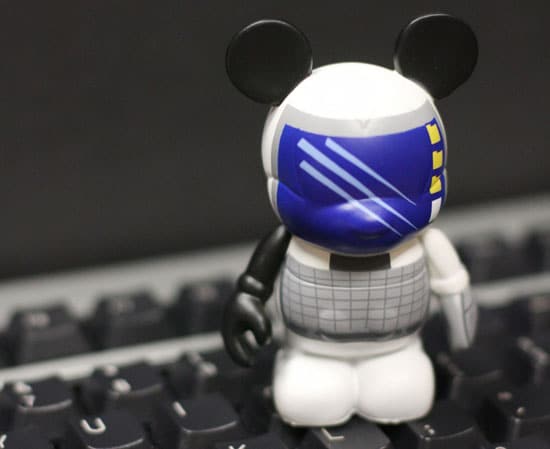 As we embark on our next year, I invite you to follow our official Facebook page. We have all sorts of plans for that page. But what I’m really curious to know is what do you think was the best figure from these past two years?