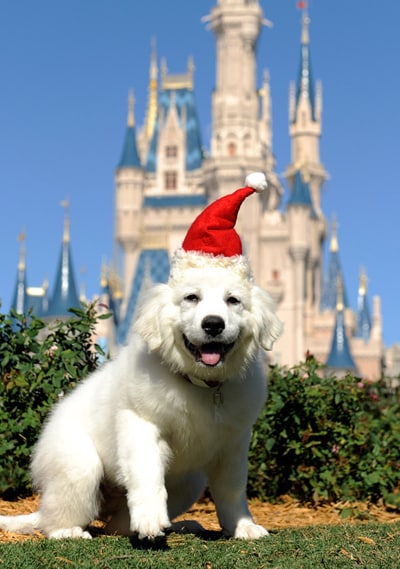 Pluto may have competition this holiday season. There’s a new Disney dog on the scene, and he made his Walt Disney World debut today during the “Disney Parks Christmas Day Parade” taping at the Magic Kingdom. He’s “Santa Paws” — star of the all-new Disney holiday movie “The Search for Santa Paws” — which is now available on Disney Blu-ray Combo Pack, DVD and Movie Download.

The playful pup can be seen during the annual holiday telecast, which airs Dec. 25, 2010, on ABC-TV. But we’re sharing a first look at the puppy in front of Cinderella Castle. Check back over the next few days to see more photos from the taping at Walt Disney World.