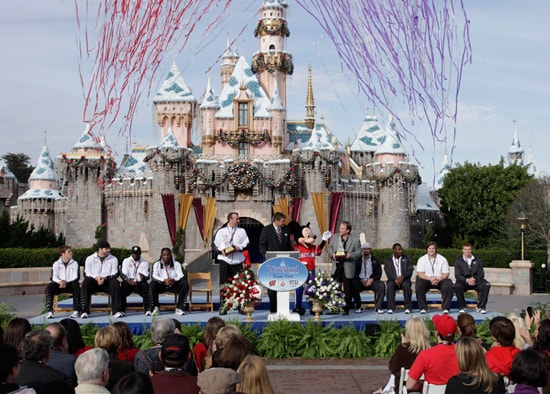 Earlier today, the Wisconsin Badgers and the TCU Horned Frogs visited the Happiest Place on Earth in advance of the 2011 Rose Bowl game. The teams met in front of Sleeping Beauty Castle and were honored in a brief ceremony. Wisconsin Coach Bret Bielema and TCU Coach Gary Patterson were awarded crystal replicas of Sleeping Beauty Castle in recognition of their achievement. Following the ceremony, players from both teams enjoyed attractions at the Parks, including the Matterhorn Bobsleds and the Mad Tea Party.

Here’s a look at the players enjoying the attraction: