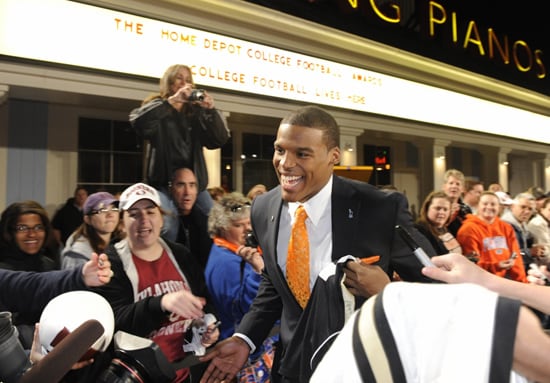 College football fans were probably in pigskin heaven last night at the Home Depot College Football Awards show at Walt Disney World. The biggest names in the sport – including Heisman Trophy favorite Cam Newton of Auburn – were on hand to collect virtually all of the major college football awards that are presented each year to the top performers in various positions.

For those lucky enough to be invited to the invitation-only event, it was almost like being at football’s version of the Academy Awards.

One of the biggest rounds of applause that night went to Arkansas’ D.J. Williams, whose inspirational story of escaping a terrible family situation to become a major college football star earned him the coveted Disney Spirit Award – and the only standing ovation for a player that night.