Colors of Christmas at Magic Kingdom 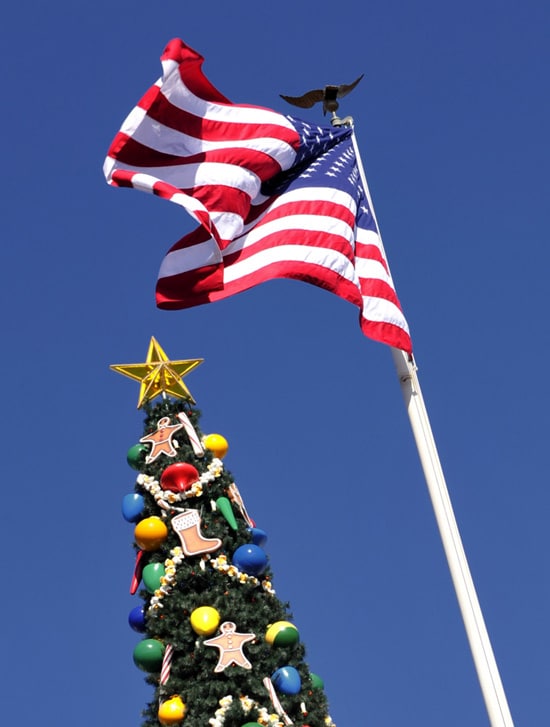 I was standing in Town Square at Magic Kingdom this week, taking in the wonderful sights and sounds of the holiday season. I was drawn to Old Glory, flapping briskly in the breeze, creating a protective frame for the magnificent 65′ tall tree that anchors Town Square throughout the holiday season. What a dramatic combination of colors… 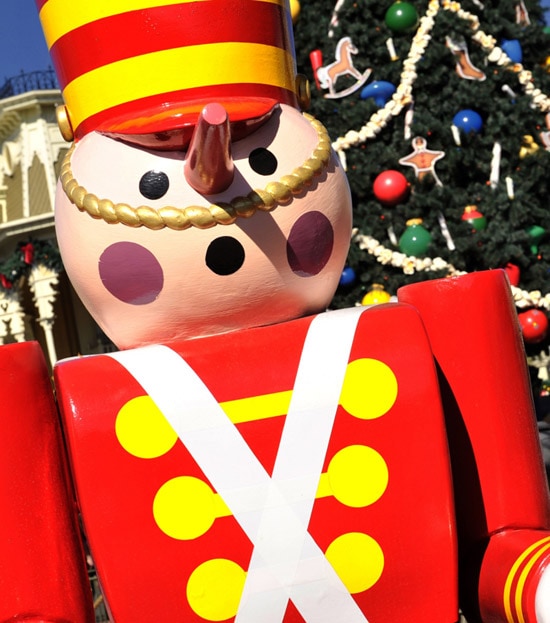 Throughout Town Square stands a small brigade of brightly painted soldiers. I wondered about the history of these whimsical fellows, and was able to contact Steven Vagnini, Archivist at the Walt Disney Archives, who was quick to explain:

“Indeed, the marching toy soldiers were inspired by those seen in the 1961 Disney musical, ‘Babes in Toyland.’ In the film, the toy-sized soldiers were given the illusion of life through stop-motion animation by Disney Legends X. Atencio and Bill Justice. Life-size versions of the soldiers first appeared in Disneyland in the 1960’s and have become a Disney Parks tradition ever since.”

Happy Holidays to everyone!