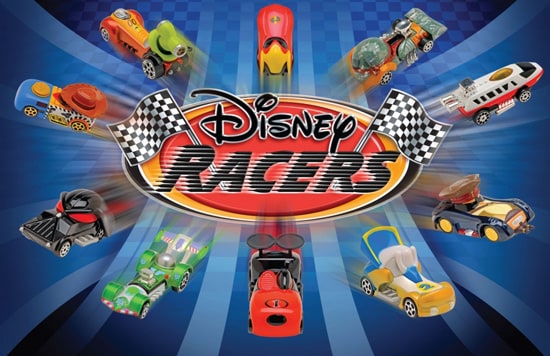 If I had a nickel for every hour I spent playing with die-cast cars when I was little, I would already be retired on the island of Maui. I still have many of those cars that my son now plays with around the house. It appears that I’m not alone in Disney Theme Park Merchandise. I recently spoke with Brad Schoeneberg, Product Developer for Toys and Games, about his love for die-cast cars, especially Disney Racers.

“I loved die-cast cars when I was younger,” reminisced Brad. “I loved all of the accessories and play sets. I still have a case of my cars somewhere in my parents’ home, and there are probably a couple of cars I left in a sandbox somewhere.” 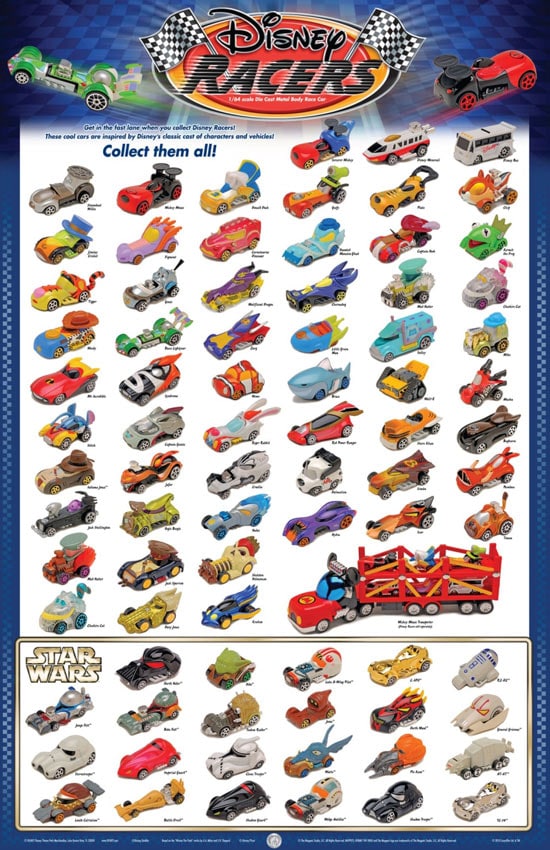 For the past five years, Brad has led the development of the Disney Racers brand for Disney Parks. We recently released a poster featuring the Disney Racers we have produced since 2005. This poster measures 22” x 34” and will come pre-folded into an 8 ½” x 11” size. Guests who make a purchase of a Disney Racer in select locations at Disneyland Resort and Walt Disney World Resort will receive one of these posters (while supplies last, of course). Brad shared with me some of the history behind these super fast and super fun vehicles.

“The program first began in 2002 as Disney’s Wild Racers,” explained Brad. “At the time, development was being done by Disney Consumer Products and vehicles were sold in two packs. The program did so well at Disney Parks that we assumed development in 2003. We obtained several of the original car moulds and started work on some new ones. In 2005, the program was re-introduced as Disney Racers. Since then, we’ve released about 80 different individual vehicles.” 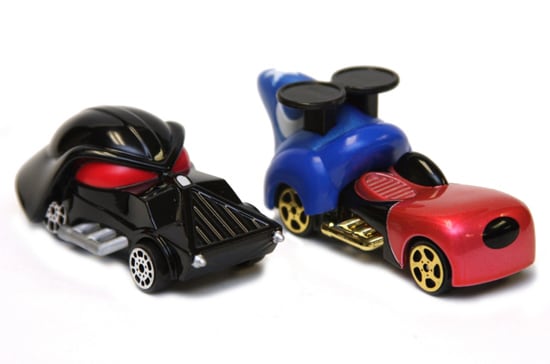 Brad has introduced many different vehicles inspired by classic Disney characters, Disney villains, Pixar characters and even characters from the Star Wars universe. “Lucasfilm loved the idea of using characters on the Racers,” said Brad. “Darth Vader is probably one of my favorites as it showed me the potential of [the Disney Racers brand].” There have been 24 different Star Wars inspired vehicles, including a special one created for Celebration V held last August in Orlando. Brad is working on some additional unique Star Wars vehicles coming next year (that’s another article for sure!).