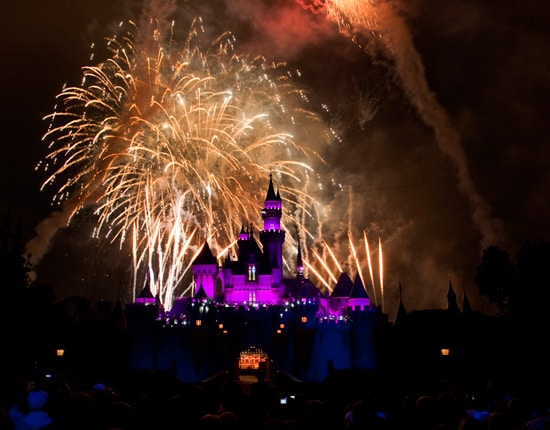 I’ve always thought that New Year’s Eve is a tricky holiday to celebrate. If I stay home, I’ll just fall asleep, so in the past, I’ve opted to host or go out to one place for the evening.

If you’re like me and have trouble thinking of a New Year’s plan, you might consider celebrating at Disneyland and Disney California Adventure parks on New Year’s Eve. This year, there will be special entertainment added to the traditional holiday fireworks in Disneyland park and the spectacular new “World of Color” show in Disney California Adventure park.

In Disneyland park, hours are extended to 2 a.m., and stages will be set up around the park for countdown festivities. DJs will encourage guests to dance into the new year at Sleeping Beauty Castle and small world Promenade while live bands will liven up Tomorrowland Terrace, Carnation Plaza Gardens and New Orleans Square, which will also be the site of three performances of “Fantasmic!” at 9 and 10:15 p.m. and immediately following the midnight “Fantasy in the Sky” New Year’s fireworks show.

At Disney California Adventure, where park hours are extended to 1 a.m., there will be special entertainment along the Paradise Pier boardwalk and a “fountains and fireworks” countdown to midnight in Paradise Park, immediately followed by the first “World of Color” show of 2011. (Earlier New Year’s Eve performances of “World of Color” will take place at 8 and 9:15 p.m.) In Hollywood Pictures Backlot, revelers on the grid in “ElecTRONica” will heat up throughout the night and into the new year.

Beginning at 6 p.m. New Year’s Eve, party hats and noisemakers will be available while supplies last in both Disneyland, at the Festival Arena near Big Thunder Ranch, and Disney California Adventure park, in Condor Flats near the vintage airplane just west of the entrance to Soarin’ Over California.

The Downtown Disney District and the Disneyland Resort hotels will join in the merriment with twinkling lights and ornaments, special entertainment and holiday dining.

Let us know if you’re planning to ring in the New Year with us.