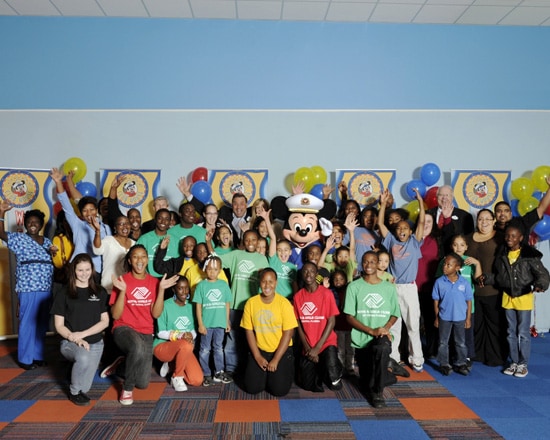 “Surprise! You’re going on a Disney cruise!” Imagine hearing those words from the president of Disney Cruise Line. That’s exactly what happened to the children who gathered at the Walt Disney World Clubhouse of Boys & Girls Clubs of Central Florida in Pine Hills last week.

As Disney Cruise Line prepares to bring its newest ship – Disney Dream – online, a special two-night and invitation only preview cruise will take place on Jan. 21, 2011, in support of Boys & Girls Clubs of Central Florida. As part of this one-of-a-kind sailing, 100 percent of the cruise fare will be donated directly to the organization, while select Boys & Girls Clubs children and their families from Brevard, Osceola, Orange and Seminole counties will have a unique opportunity to sail onboard. 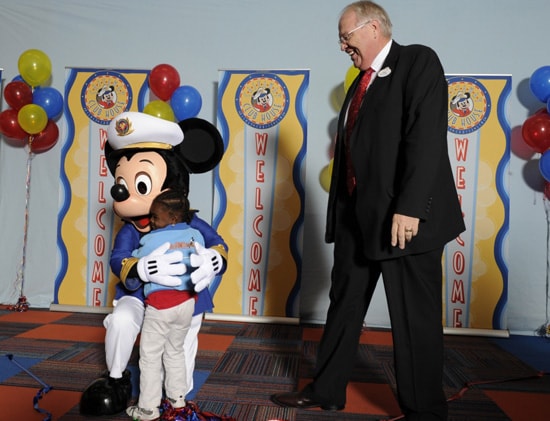 Disney Cruise Line president Karl Holz broke the news to 45 children from Clubs across Central Florida, plus 24 of their parents and chaperones, announcing that they would be joining him aboard this special preview cruise. Cheers erupted and the room was suddenly filled with excitement, disbelief and even a few tears! Captain Mickey stopped by for the celebration and posed for photos with everyone, including Gary Cain, the president of Boys & Girls Clubs of Central Florida, and Rick Continelli, senior vice president of sales and travel operations for Walt Disney Parks and Resorts. Rick, who was a former Boys & Girls Club member himself, is now an active corporate board member with Boys & Girls Clubs of Central Florida. 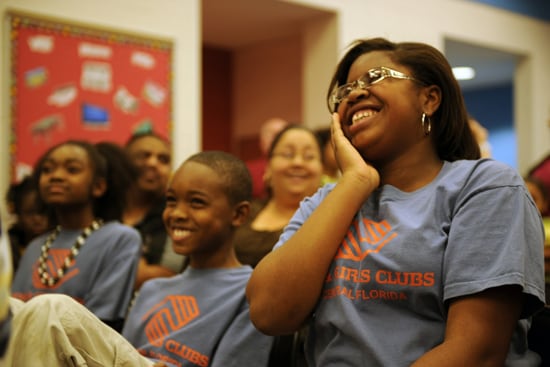 The evening proved to be a memorable one for the children who are now eagerly looking forward to spending time with their families aboard the Disney Dream. The Benefit Preview Cruise is just one way that Disney Cruise Line is dedicated to helping children fulfill their own dreams in the communities we call home. This special cruise opportunity continues the longstanding relationship between Boys & Girls Clubs and The Walt Disney Company, which started more than 50 years ago when Walt Disney was made an honorary member of the organization’s national board of directors.