Young Voice in ‘Tangled’ Meets Rapunzel in the ‘Best! Day! Ever!’ 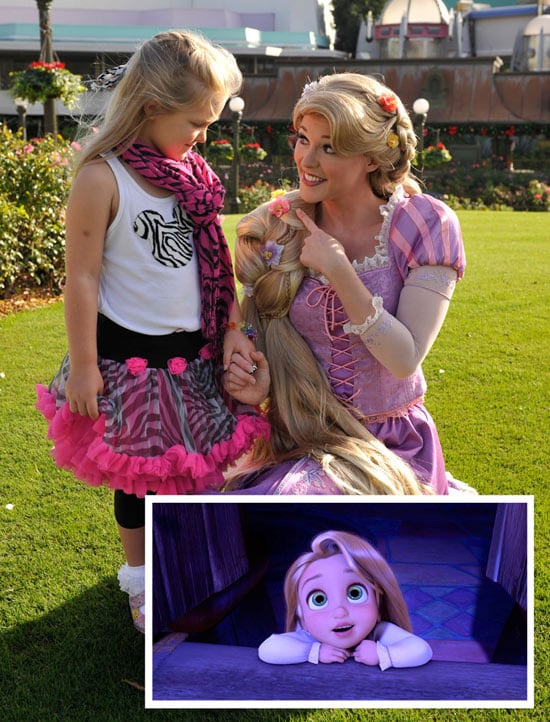 Rapunzel and Flynn have become big hits at the box office in “Tangled,” as audiences are getting all tangled up in their hair-raising adventures. But before the teenager with the long tresses in the film was locked away in a tall, hidden tower, she was a little girl. And that little girl had a voice.

While it was a small part, it was a big deal to Delaney Rose Stein, the five-year-old girl who provides the few lines of dialogue for “young Rapunzel” in “Tangled.” She even shares a duet in the film (and on the film’s soundtrack) with Donna Murphy, the Tony Award-winning actress who portrays Mother Gothel.

Recently, Delaney Rose Stein visited the Magic Kingdom with her family and had a chance to meet Rapunzel in, appropriately, the “Rose” Garden. We tagged along to capture this short video and photo. In addition to both sharing the same lovely hue of hair, little Delaney might have described meeting her on-screen heroine in Rapunzel’s famous, three word exclamation: “Best! Day! Ever!”

Likes (2)
Share Young Voice in ‘Tangled’ Meets Rapunzel in the ‘Best! Day! Ever!’