Have you ever ordered “Oscar’s Choice” at Carnation Café in Disneyland Park? Ever wondered just who “Oscar” is?

Oscar is Oscar Martinez, the longest tenured Disneyland Resort cast member. He joined the company Dec. 29, 1956, and has been a Disneyland mainstay for 54 years – and at Carnation Café since 1967!

Oscar’s Choice – scrambled eggs with cheddar cheese, Oscar’s potatoes, a croissant and your choice of bacon or sausage with fresh fruit — is served daily for breakfast, made by the eponymous “Oscar” himself five mornings a week.

Once his world-famous potatoes are made, Oscar greets and seats guests on the restaurant’s patio, occasionally posing for photos with guests. 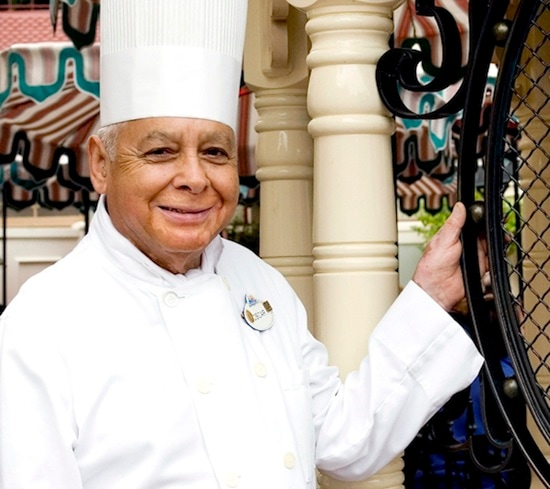 We asked Oscar a few questions: