Wrapping up our look at famous Disney friends born in the month of January is one of the most famous comedic film actors in history.

Danny Kaye was born on January 18, 1913, and is pictured in this hilarious 1958 photo riding Autopia with his daughter. It’s unclear to me exactly what’s going on here, but I just love this picture. 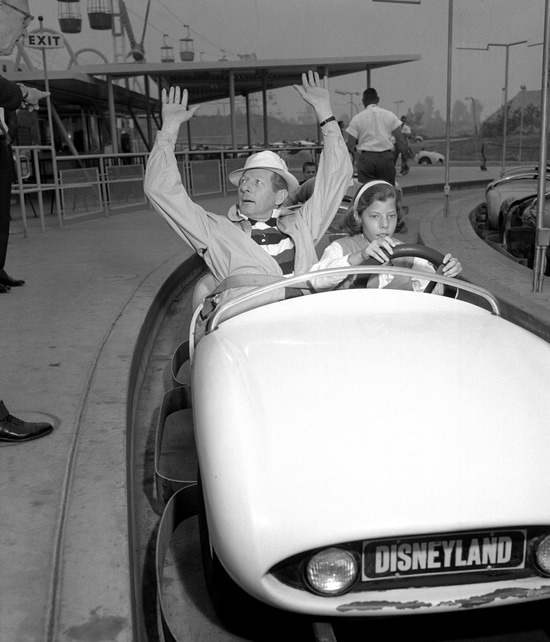 His affection for our parks in those specials was obvious. In the Disneyland special, Mr. Kaye said, “You’re never too old, and you’re never too young to enjoy the magic of the Magic Kingdom.”