Rest and relaxation is reason enough for a grown-up cruise getaway, and whether sipping a cocktail or enjoying a glass of Champagne or wine, there’s a buzz about the Disney Dream’s innovative spirits and knockout wine lists.

Taittinger has created a Champagne label just for the inaugural year of the newest Disney Cruise Line vessel. Aboard the ship, it’s served in all the lounges, but the most fun place to sip is Pink, an intimate cocktail bar in The District (the nighttime entertainment area with five adults-only venues), where a special Taittinger Prestige Rose is the signature sparkling “pink.” Guests also may purchase bottles of the special Taittinger Champagne to take home with them, exclusively on the Disney Dream. 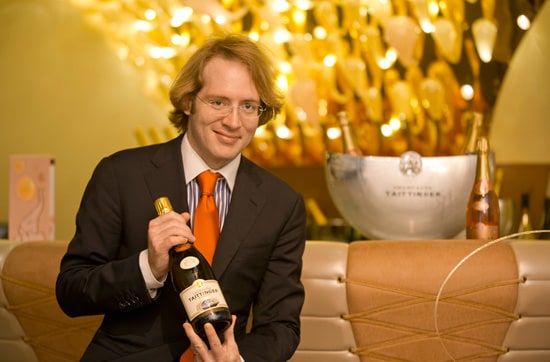 Our favorite spot for handcrafted cocktails is upscale Skyline, also in The District, where the bar backdrop is a virtual skyline that changes from Paris to Rio, New York, Chicago and Hong Kong on seven 65-inch LCD screens. As the view changes, the ambient music also stays in sync with each city. 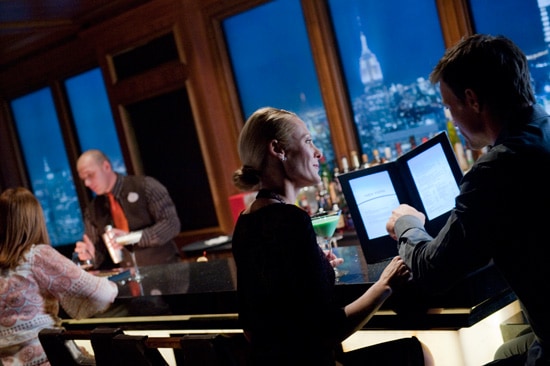 Drinks, too, are themed to each of the cities, such as the Paris 75, the Eco-Tini for Rio, Zen-Chanted for Hong Kong, Metropolitan for New York, and the Blues for Chicago.

Also within The District, 687 is more of a pub than a lounge (“687” refers to the vessel number assigned by the shipyard to the Disney Dream). The boisterous pub features an exclusive “687” red lager, malty and slightly sweet, made with Noble hops grown in central Europe.

Special attention was given to the wine lists at Remy – there are two, one with nearly 200 wines from around the globe (mostly French), and a second, Remy’s Vault, with just 22 exclusive wines presented tableside in an elegant velvet box by a white-gloved sommelier. The list includes a 1947 Château Cheval Blanc in a nod to the Disney∙Pixar film “Ratatouille” (it’s the wine requested by the movie’s prickly food critic). Considered one of the best vintages in the world, a single bottle retails for $25,000! The list also includes a most notable 1961 Château Latour (in the film, Skinner offers Linguini a bottle of this exceptional vintage in hopes of learning his cooking secrets). After-dinner libations include Rémy Martin Louis XIII Rare Cask, one of the most sought-after cognacs for connoisseurs, aged in centuries-old casks and served from an elegant Baccarat crystal decanter.

Across from Remy is Palo, where a sparkling prosecco and a lush red Barolo were both exclusively bottled for the upscale, Italian-inspired restaurant. Palo’s signature “Balsamic Grande” cocktail features vodka, a splash of five-year-old balsamic vinegar and fresh muddled strawberries. For a special after-dinner wow, grappa is served from a jeroboam bottle.

For guests who prefer no alcohol (and younger guests), mixologists have created new non-alcoholic cocktails. Many are made with “better for you” ingredients such as organic spirits, fresh fruits and herbs, and lower calorie no-sugar-added fruit purees. For instance, the purple basil lemonade mixes cranberry juice, sparkling water, lime and fresh basil; the mint tea punch is English breakfast tea, cranberry and pineapple juices, fresh lime juice, agave nectar, and a splash of sparkling water.