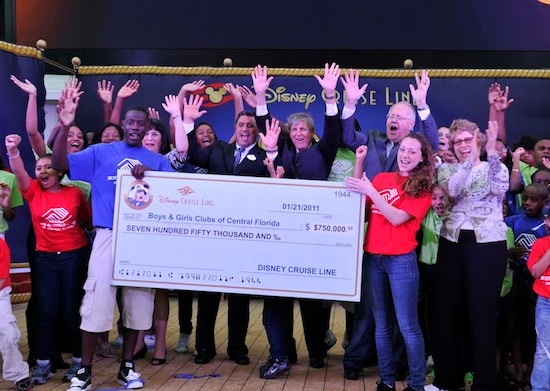 During a special sail-away ceremony held today, Disney Cruise Line leaders led by President Karl Holz presented Boys & Girls Clubs of Central Florida with a check for $750,000 to kick off a two-night “Benefit Preview Cruise” aboard the newest ship in our fleet. 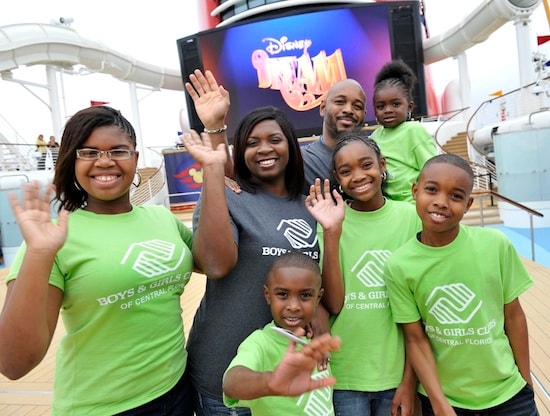 As part of this sailing, 45 children from local clubs had the opportunity to experience this special two-night cruise with their parents and chaperones, along with all the unique new experiences aboard the Disney Dream, such as the AquaDuck water coaster.

Disney Cruise Line’s donation represents the continuation of a relationship between Disney and Boys & Girls Clubs that began more than 50 years ago when Walt Disney was made an honorary member of the national board of directors. In 2008, Boys & Girls Clubs of Central Florida opened the Walt Disney World Clubhouse Branch in Orlando.

During a visit on Saturday to Disney’s private island in the Bahamas, Castaway Cay, Boys & Girls Clubs members will join cast members Brandon Mychal Smith, Doug Brochu and Allisyn Ashley Arm to paint a giant mural that will be donated to a club location.

We’ll have a special report from the island next week so check back on the Disney Parks Blog for all the details.