Ahoy from the Disney Dream! Our newest ship visited Nassau today as part of her four-night maiden voyage to the Bahamas and we’ve got an exclusive report directly from onboard.

For all the Disney Cruise Line guests who departed from Florida’s Port Canaveral on Wednesday, it was a day full of fanfare, festivities and many happy reunions between veteran Disney cruisers and familiar crew members. 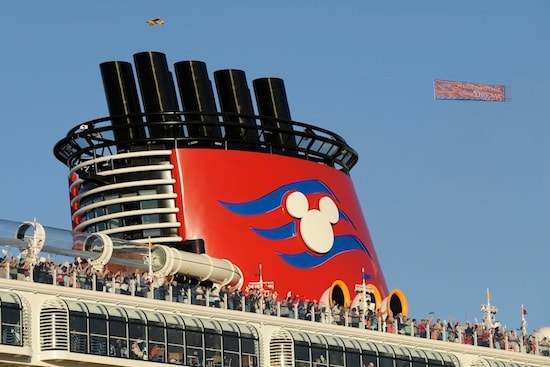 We haven’t forgotten all our fans back on land, however!

Several correspondents are on the Disney Dream to send reports for the Disney Parks Blog, starting with this one. You can also follow our real-time tweets throughout the maiden voyage at twitter.com/disneycruise. 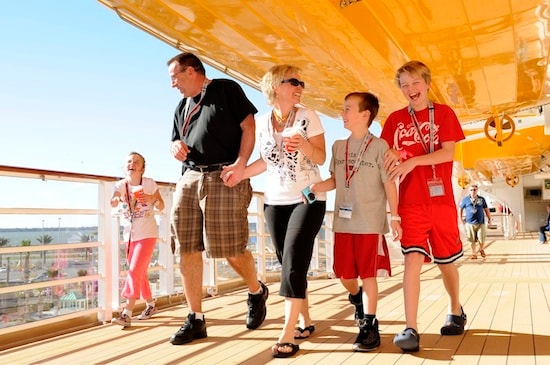 The fun began Wednesday when the Smolsky family of Leesburg, Virginia became the first guests to step aboard. Matt, Alison and their three children — Jake, 11, and 8-year-old twins Jordan and Julie — soon met Cruise Director Rachel Quinn then set out to explore the ship’s activities for every member of the family, including the water coaster AquaDuck. 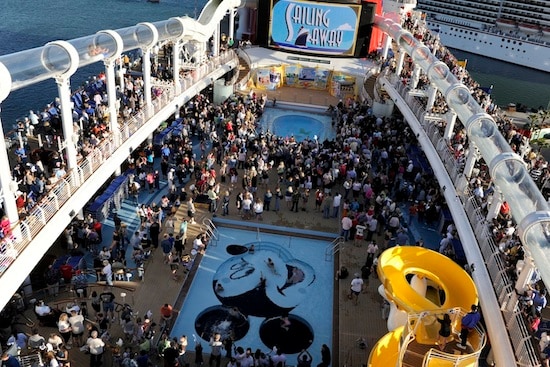 A little bit later the Sailing Away deck party kicked things off up on the pool deck and Captain Tom Forberg made a special salutation from the bridge. 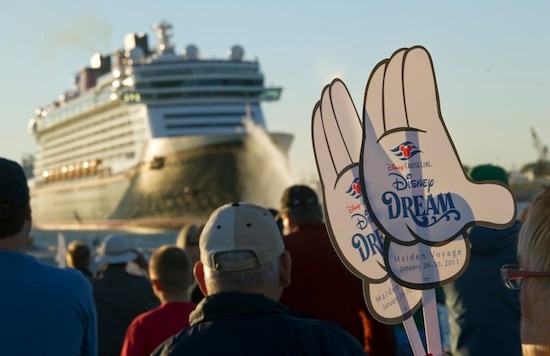 As the ship departed Port Canaveral, loud cheers erupted from guests onboard her decks and the many spectators who came to see a magical milestone years in the making. 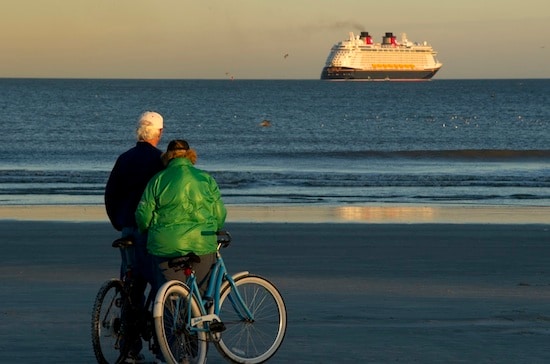 On Wednesday night, Disney Dream guests were treated to a special evening of entertainment in the Walt Disney Theatre, including the illusions of magician Mike Super and the beautiful voice of 8-year-old signing sensation Rhema Marvanne, who was thrilled to meet some of her favorite Disney characters on the ship.

Here are some highlights from a busy day of celebration:

Come back Friday for another exclusive report from the ship and add a comment below to let us know what you want to see from the ship’s maiden voyage!