This past weekend, Disney Friends for Change took over private island Castaway Cay in the Bahamas for a special PaintFest project with Boys & Girls Clubs of Central Florida. The event included children from the organization who sailed aboard the special Benefit Preview Cruise, bringing together community leaders and invited guests to help raise $750,000 for Boys & Girls Clubs of Central Florida. 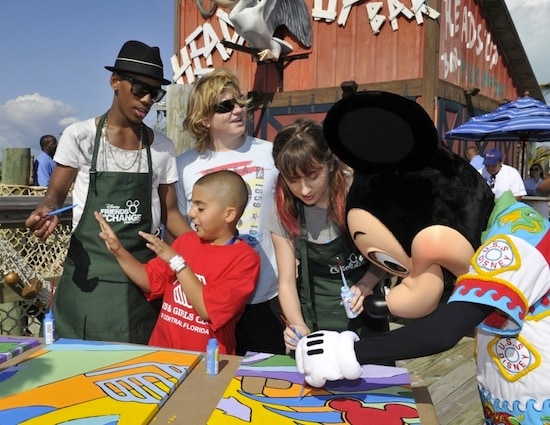 Composed of 24 individual hand-painted panels that fit together to form an eight foot by nine foot mural, the paints and supplies used were in keeping with the environmental initiatives of the program. For example, all the paint was water-based, non-toxic and actually recycled from previous painting projects, while the paint brushes were also washed afterwards to be reused on future projects. In line with the Friends for Change initiative, the focus of the mural states, “Real Friends + Real Action = Real Change.” The mural will be donated to a Boys & Girls Club location in Central Florida to inspire children to continue to make a difference for our planet. 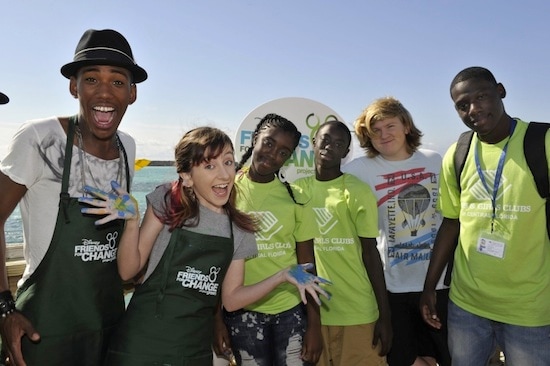 Check out this video of the Friends for Change project and hear from the Disney Channel stars and Boys & Girls Clubs children first hand on their involvement.