Am I still dreaming?

Earlier today, Disney Cruise Line staged an amazing spectacle to christen the Disney Dream in front of a crowd of nearly 3,000 guests and media from all over the world. 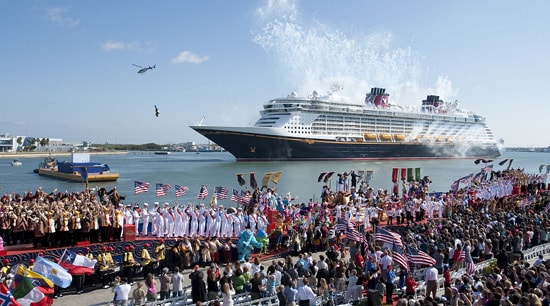 Whether you watched our live webcast or saw it in person, it represented a dream come true for so many people who worked years to bring the ship to life.

Instead of using an ordinary bottle of champagne, Mickey Mouse gathered a who’s who of Disney characters to fill a magical 16-foot bottle with dreams of adventure, fantasy, friendship, romance and fun at Florida’s Port Canaveral. 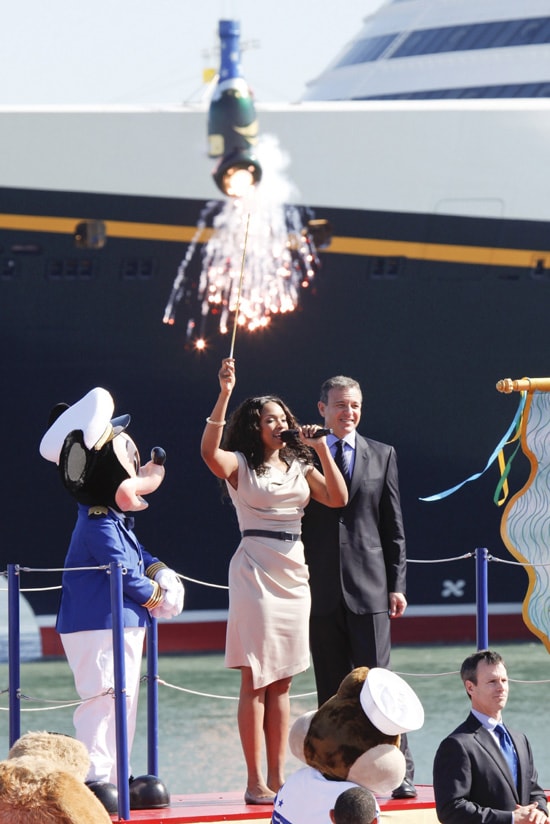 Then following a wave of a magic wand by award-winning entertainer Jennifer Hudson, the ship’s newly-named godmother, a helicopter hoisted the bottle across the bow of the Disney Dream in a surprising twist ending that officially welcomed the 130,000-ton ship to the Disney Cruise Line family. 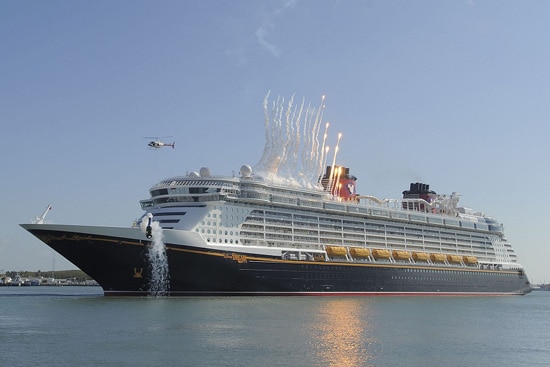 Presiding over the gala ceremony were Disney CEO Bob Iger, who first announced the Disney Dream nearly four years ago, and Tom Staggs, the chairman of Walt Disney Parks and Resorts.

In his remarks, Bob expressed heartfelt thanks to the Imagineers, artists, designers and builders from around the world who created the ship. Tom paid tribute to the Meyer Werft shipyard in Papenburg, Germany, where the Disney Dream was built, and gave special thanks to Captain Tom Forberg and his crew. 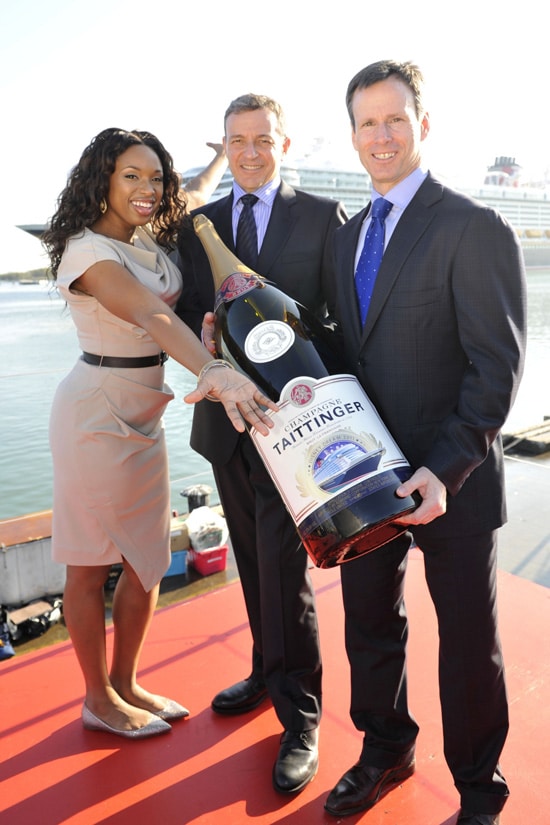 The selection of 29-year-old Jennifer Hudson as the ship’s godmother has special significance, as Tom explained. Although she’d been performing since childhood, Jennifer began her career in 2003 as a singer on the Disney Wonder, a stepping stone that led to “American Idol,” an Academy Award and a Grammy Award. Talk about a dream come true! Check out some highlights from today’s celebration.

Can you believe there’s still more magic to come?

One week from today on January 26th, the Disney Dream will sail her maiden voyage to the Bahamas from Port Canaveral. There’s so much more to show you on this incredible ship and we have lots planned. Be sure to check out the Disney Parks Blog next week for an exclusive report from aboard the maiden voyage.

In the meantime, what did you think of today’s christening? Add a comment below and let us know!