I can still remember the first time that I saw a piece of art by SHAG. I had walked into one of our product development offices and spotted a rendering of a map filled with icons and attractions, in a style I had never seen before on Disney Merchandise.

The bold colors and retro look really captured my attention. I asked about the artist and was told his name was Josh Agle, better known as SHAG to all his fans.

I am so excited to share with you news about an upcoming appearance by one of my new favorite artists, SHAG who will be making his first appearance here at the Walt Disney World Resort on Monday, January 31 from 12:00 p.m. – 2:00 p.m. 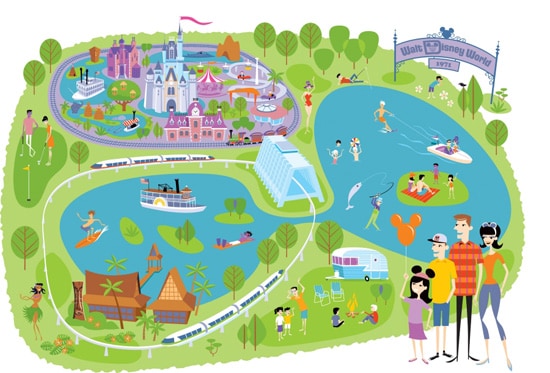 SHAG will be signing deluxe prints of the 40th Anniversary Map. The artwork showcases the original icons of the Magic Kingdom, Disney’s Contemporary Resort, Disney’s Polynesian Resort, and Disney’s Fort Wilderness Resort & Campground. SHAG has captured the essence of fun and wonder that has comprised our magical kingdom since it opened its gates on October 1, 1971.

This is the very first item in the highly anticipated collection scheduled to debut in Summer 2011 – but this is just a sneak peek. Once SHAG’s event concludes on Monday, January 31, the artwork will go back into the vaults not to be released until the full SHAG Walt Disney World 40th Anniversary collection is unveiled later this summer. For more information on this sneak peek and signing be sure to visit www.ArtofDisneyParks.com.

In addition to the amazing artwork that Shag has created for Walt Disney World, he has also created new artwork for Disney Cruise Line! SHAG’s Disney Cruise Line artwork captures the magic and excitement of the and the tropical island paradise of Castaway Cay. SHAG’s original artwork, ‘Top Deck‘ and ‘Island Intermission’ were both created just for the Disney Dream. 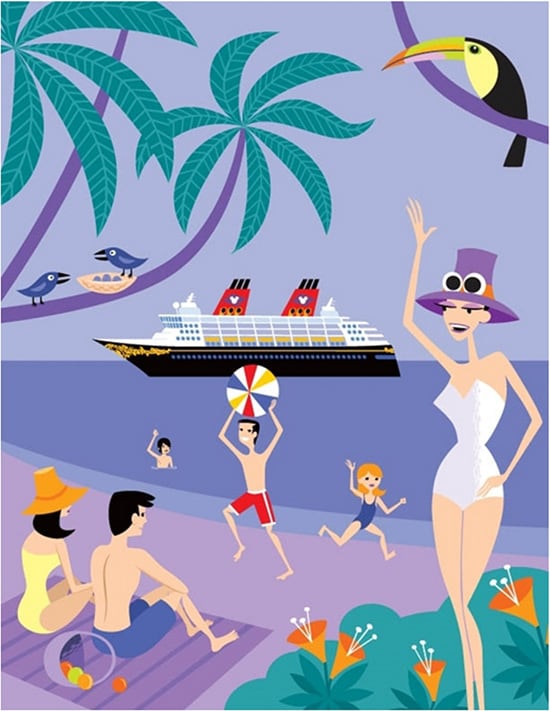 Not only have we created limited edition prints of these exquisite pieces of art, but we have developed so much more to showcase the artistic styling’s of SHAG. The talented teams at Disney Theme Park Merchandise have pulled elements out of each of the paintings and applied them in fun and creative ways to commemorative merchandise keepsakes. SHAG’s artwork for the Disney Cruise Line can be found on charm bracelets, designer apparel for men and women, postcard sets, as well as home goods such as a tumbler set and coaster collection.

Keep a look out later this spring for another post on the Disney Parks Blog all about SHAG and the new line of artwork he created for Walt Disney World’s 40th Anniversary – the new merchandise collection is going to become a must have for every Disney collection.