Magic on the Water

Preparations continue for the arrival of the Disney Wonder to its new home in the Port of Los Angeles, as well as the inaugural voyage of the newest ship in Disney’s fleet, the Disney Dream in Port Canaveral, Florida. In the coming weeks, The Disney Gallery will pay tribute to all the ships on land and at sea, including some of those near and dear to our hearts at our very own Disney Parks. 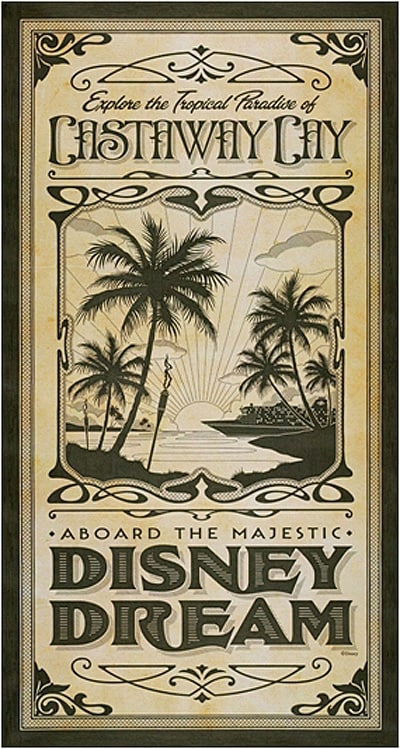 This new exhibit, titled “Magic on the Water – The Art of The Happiest Fleet on Earth” will highlight nearly 60 years of nautical designs by Walt Disney Imagineers, from the smallest Storybook Land canal boat to the newest modern classic for the Disney Cruise Line, the Disney Dream.

From submarines and sailing ships to jungle launches and pirate bateau, water and watercraft have always played a key role in the design of Disney Parks. Through the years, the Disney maritime fleet has taken guests through uncharted jungles, under the polar ice caps, across lagoons to the Magic Kingdom and a World Showcase at Epcot, to a storybook land of enchanted fairytales and around the world on the happiest cruise to ever sail the seven seas.

“This particular exhibit is different from any other because it displays concept art from all our theme parks around the world. Tokyo DisneySea, Walt Disney World Resort and Disneyland Paris, all join Disneyland Resort art to form a display of various types of interesting watercraft, Disney style” says Walt Disney Imagineering Director, Concept and Show Design, Kim Irvine. 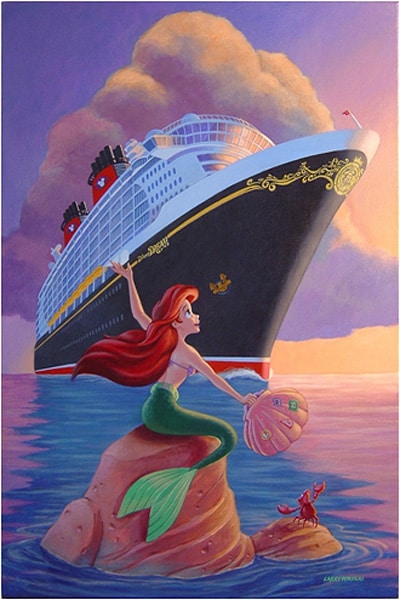 Special Tip: On Saturday, Jan. 29, Jody Daily, Jeremy Fulton, Kevin Kidney, Larry Nikolai, Noah and George Scribner will be on hand for a special appearance and signing from 9 a.m. to 11 a.m. at The Disney Gallery. For details visit www.ArtofDisneyParks.com.

So set sail with us on a retrospective voyage of memories – and prepare for an ocean of new ones.