Did you know that each day, two lucky families visiting Magic Kingdom Park randomly are chosen to serve as grand marshals for the afternoon’s Celebrate A Dream Come True Parade? 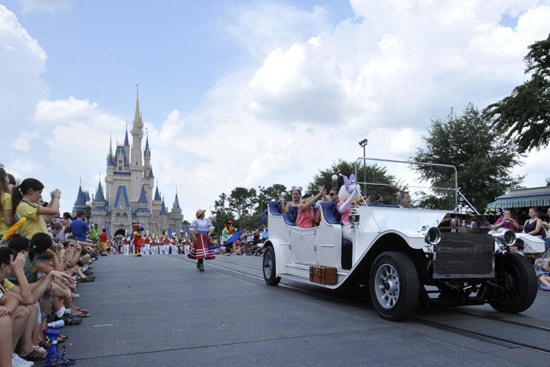 These lucky guests kick off the procession by riding in a specially designed vehicle, modeled after a 1912 touring car, that serves as the first float in the parade. The car features a few special Disney touches, including Mickey Mouse-shaped silhouettes on the tread of each tire. 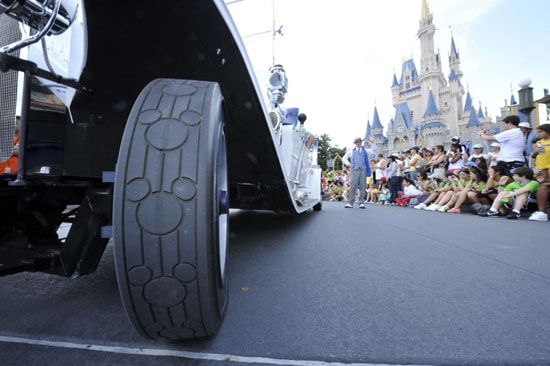 Over the years, a variety of families with great stories to tell have served in this honored role, including a 103-year-old guest enjoying her first Disney vacation, Special Olympics gold medalists, military heroes, and a couple celebrating their 70th wedding anniversary. A few famous faces, such as boxing champion Muhammad Ali, comedian Bob Hope and Walt Disney’s nephew, filmmaker Roy E. Disney, also have served as grand marshals.

If you were picked to be a grand marshal and could invite a Disney character to ride with you, which character would you choose?