When the Blue Sky Cellar reopens on Jan. 28, don’t miss the walls.

Yes, I said the walls of Blue Sky Cellar.

This building in Disney California Adventure park previews the “blue sky” ideas of Imagineers, with models and sketches that reflect the evolving landscape of the theme park. But before you peek at all the Imagineers’ handiwork, take a moment to enjoy the new artwork on the walls of the entryway. (And find out how you can purchase your own copy very soon.) 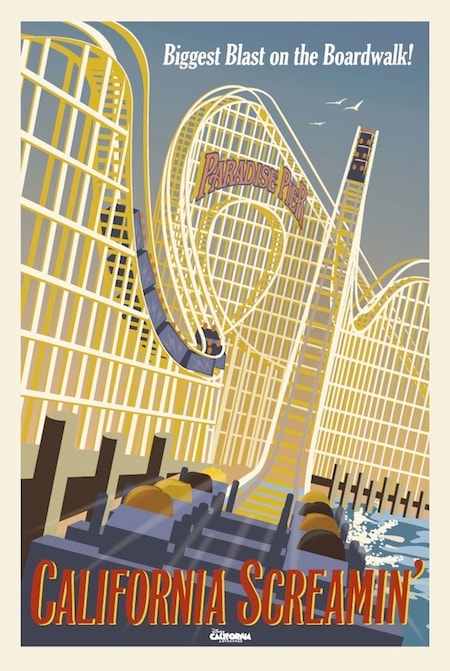 Nestled among the expansion updates, you will find new attraction posters from the boardwalk of Paradise Pier, including California Screamin’, Silly Symphony Swings and Mickey’s Fun Wheel. These posters will also be available for purchase. Watch for release dates and retail locations at www.ArtofDisneyParks.com. 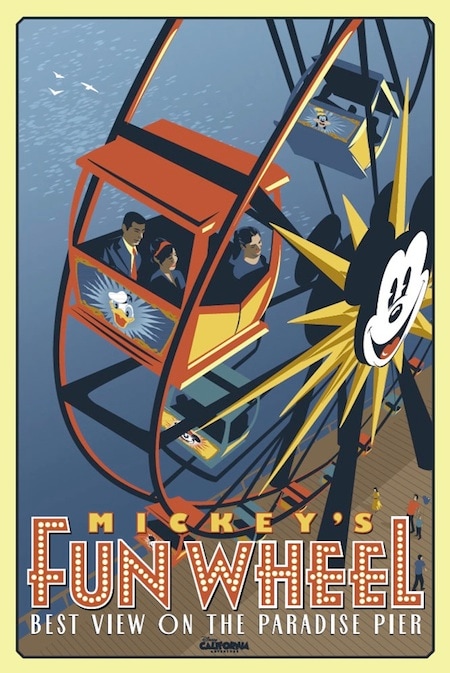 The posters are part of a rich tradition within Disney Parks worldwide – a tradition that dates back to 1956 and the original park, Disneyland. 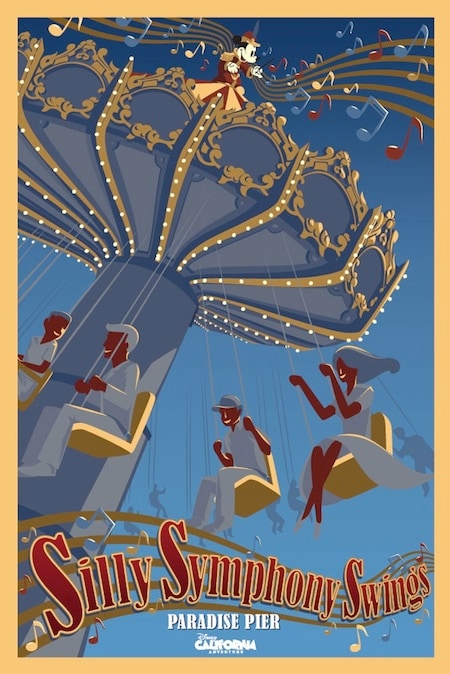 In the summer of 1956, Disneyland was about to enter its second summer. Most people had little knowledge of what Disneyland really was, and they knew even less about the attractions inside the park. According to an upcoming book, “The Poster Art of Disney Parks” by Walt Disney Imagineering’s Danny Handke and Vanessa Hunt, the posters were a fast, clear and visually attractive way to convey an image of each attraction.

Over the years, the style of the various attraction posters has come to reflect the time period in which they were created, as well as the tone and visual palette of the attractions and themed land where they were located.

This newly released artwork is the first of several scheduled attraction art releases. Additional series releases are scheduled within months of the initial Paradise Pier series. The first California Adventure attraction posters will be available at retail locations throughout the park on Jan. 28.

Are you familiar with the Disney Parks attraction posters? Let us know if you have a favorite among the hundreds that have been created over the years.