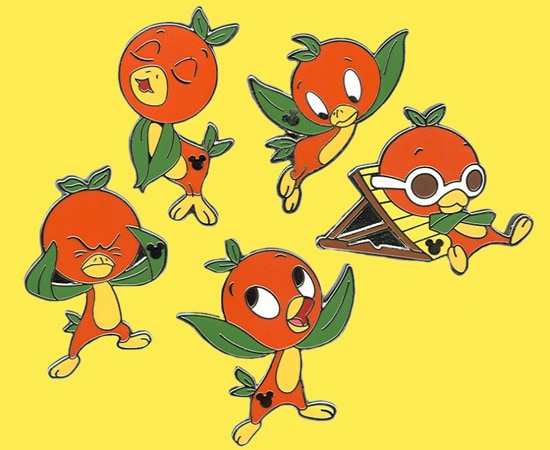 I recently gave you a sneak preview of the 2011 Hidden Mickey pins for Disneyland Resort. Now it is time to turn the spotlight on Walt Disney World Resort. I’ve been involved with the development of the Florida pins since 2004. Again, it is bittersweet that this will be my final collection (yet I had lots of fun with the designs). Don’t worry, Julie Young, one of our pin developers, will assume development of the 2012 collections. Like the Disneyland Resort collection, there will be two different waves of about 30 pins each.

The image at the top of this article is one of my favorite collections (besides the boot from Horizons that I showed in the recent EPCOT Center blog post). The artwork came from the 33 ½-long playing record I have featuring the Orange Bird. Like many of you, I love the Orange Bird! This collection seemed like the perfect fit to celebrate the 40th Anniversary of Walt Disney World Resort. My favorite pin – the Orange Bird relaxing in the sun (ah, how I wish I was on the sands at Disney’s Polynesian Resort right now enjoying a Dole Whip). 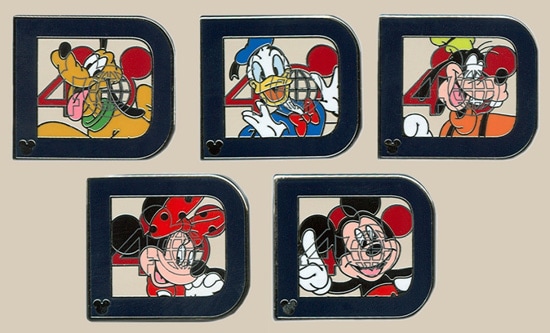 Speaking of the 40th Anniversary, another wave one series features Disney characters in the classic Disney “D.” The artwork for this series was originally created for a mystery pin collection. I commandeered the artwork from Julie (Shhh! Please don’t tell her). The second wave of Hidden Mickey pins coming later this year will feature different characters that complement the first wave pictured above. 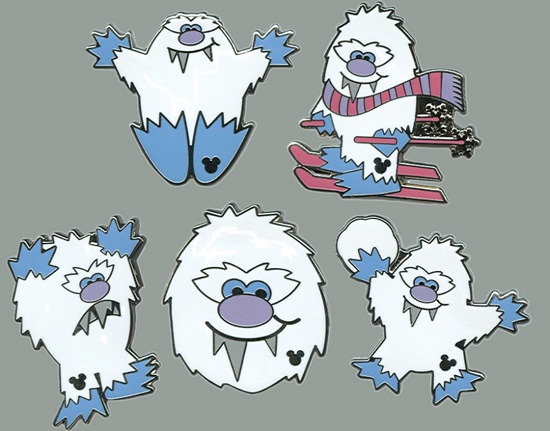 I was inspired for the series pictured above after walking through Serka Zong Bazaar at Disney’s Animal Kingdom. The location had several tee-shirts with artwork called “cute yeti.” I immediately thought they would make great pins – come on, he is super adorable! My favorite pin is “scary yeti” (though I don’t know how something so cute can be that scary). 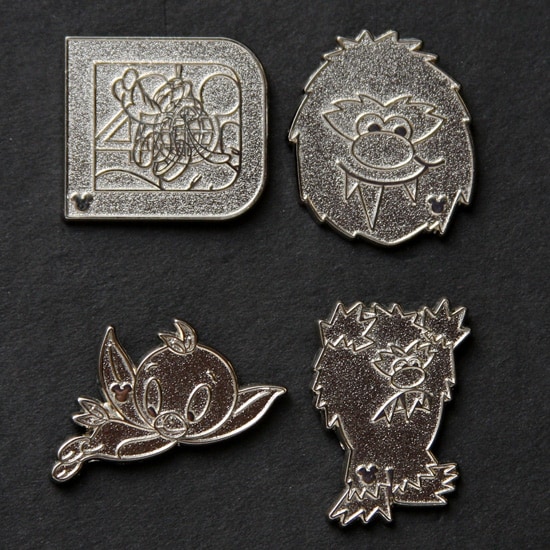 One new thing this year is having “chaser” pins in the Hidden Mickey pin series for Florida. I would have done the same for California but I instead created the alphabet series. We have featured chaser pins in various retail pin sets during the past few years. Basically, there will be a select number of “chaser” pins in wave one. There will not be a chaser pin for every style; I only selected a handful of designs. You’ll immediately recognize them as they will be silver colored. I can’t say how many chaser pins were created for each of the designs selected. I can say they will be slightly rarer. So if you find one, you can do the “happy pin dance” (I can show you those moves later).