As part of a media gathering Tuesday night to celebrate the launch of the Disney Dream, Walt Disney World President Meg Crofton combined the magic of Disney and the power of the Force to reveal the Grand Opening date for the new Star Tours attraction at Disney’s Hollywood Studios in Florida. Meg announced that the 3-D attraction will make its galactic debut May 20. 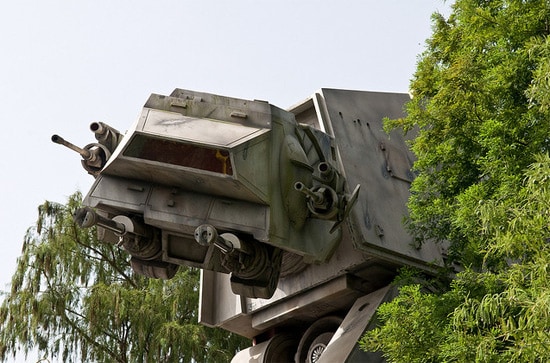 As you’ve read in past posts from Walt Disney Imagineering’s Tom Fitzgerald, Star Tours: The Adventures Continue will feature new droids, a new Starspeeder, new destinations and even a new pilot. So, as we celebrate the “Dream” aboard the sea we also are looking skyward to a “galaxy far, far away” in 2011.

Stay tuned for future announcements about the Grand Opening of Star Tours at Disneyland Park in California. Also, let us know in the comments if the “Obi-Wanna-Be” inside of you plans to experience the new Star Tours this year.