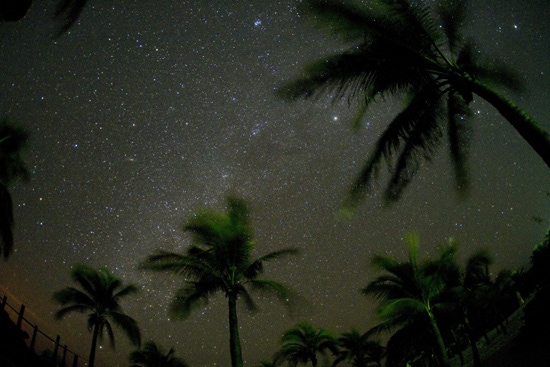 On that night, David said he was on the beach in complete darkness and spotted a most beautiful “star show.” Castaway Cay is a favorite port of call when sailing aboard our Disney cruise ships. And since it’s miles from the nearest “city” and its lights, David said there’s very little “light pollution” and the stars in the sky are unbelievable. He used a fish-eye camera lens with an exposure of 15 seconds at f4 at 8000iso to capture the images.

David will be on the island this weekend and said if it’s clear, he’ll be back out on the beach with his camera looking to capture another beautiful Castaway Cay “star show.”