The Force is Strong with Vinylmation 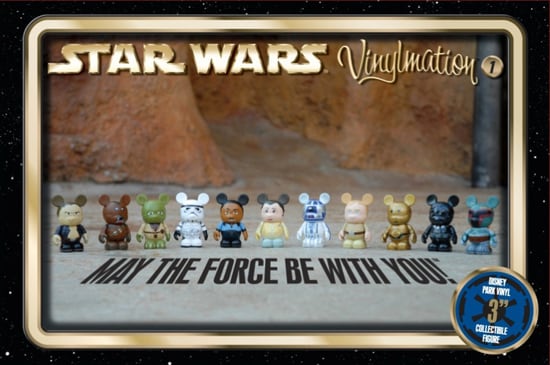 Finally! It’s coming to a galaxy not so far, far away! The highly anticipated Vinylmation – Star Wars Series #1 arrives at D-Street locations this coming weekend. We have planned two special launch parties for this new series. Before I get to those event details, I spoke with Disney Design Group Artist (and member of the local Jedi Council) Mike Sullivan who gave me an inside look at how this new series was created. “I have been a fan of Star Wars for almost all of my life,” says Mike. “When ‘Star Wars: Episode V – The Empire Strikes Back’ came to theaters, I vividly remember waiting in line to see it while wearing my Star Wars tee-shirt. Needless to say, being introduced to Star Wars at an early age made me a fan for life.”

This Vinylmation series was developed especially for the Disney Parks. It will not be available for sale via the on-line Disney Theme Park Store or at local Disney Stores. Mike explained that work on the series began in 2009.

“We began with several rough sketches of characters we wanted in the series,” explained Mike. “We selected characters from ‘The Empire Strikes Back’ in honor of the film’s 30th anniversary. With so many memorable characters in the film, it was difficult to select just 12 figures. We worked closely with the great team at Lucasfilm to make the final choices for this first series.”

Mike has worked on several other Star Wars-themed merchandise items for Disney Parks. He was particularly excited about this series. 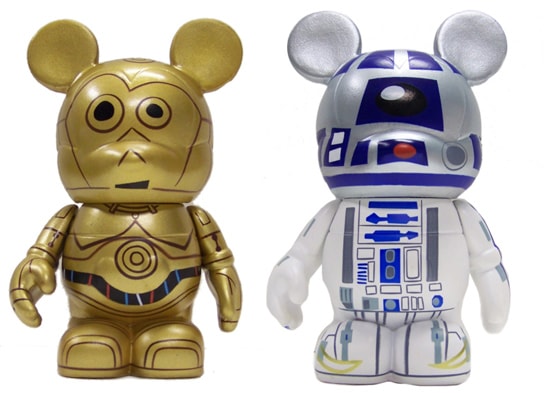 “This particular project was exciting and different for me since the characters had to be stylized so much to fit the Vinylmation form,” continued Mike. “I particularly like Boba Fett as he’s one of my favorite characters. I spent extra time making sure every detail on his figure was just right.”

As promised, here are the details for our Star Wars-themed release parties. In Florida, D-Street at Downtown Disney West Side will hold the first ever “midnight release party” at the close of Thursday, January 13 (so technically early Friday morning). As part of the festivities, Mike will be available to autograph figures from 12:00 a.m. to 2:00 a.m.

Mike will then book passage on the Millennium Falcon, and travel to D-Street at the Downtown Disney District in California on Sunday, January 16. He will autograph figures from 2:00 p.m. to 5:00 p.m. D-Street will open at 8:00 a.m. that Sunday morning.

Please note that for both release parties, there will be purchase and autograph limits (we want to keep things fun for everyone). So set your course for light speed and we hope to see you at a D-Street this weekend!