My family and I took our first trip to Epcot in the late 1980s, and I still remember the sense of wonder I felt when we visited The Living Seas Pavilion and its huge ride-through aquarium. The experience was so memorable, it feels like it happened just yesterday – so you can imagine my surprise at hearing the area (now named The Seas with Nemo & Friends Pavilion), will celebrate its 25th anniversary January 15.

In honor of this milestone, here’s a look back at how the area has changed since its debut. 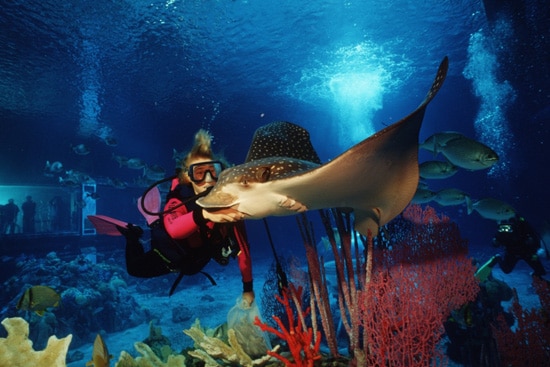 The pavilion first opened in 1986 to house the Coral Reef Restaurant and The Living Seas attraction, which took guests on a journey to Sea Base Alpha on the ocean floor. There, guests could learn the wonder, mystery and possibility of the world’s oceans by taking a seacab tour of the pavilion’s 5.7 million gallon Caribbean Coral Reef aquarium. 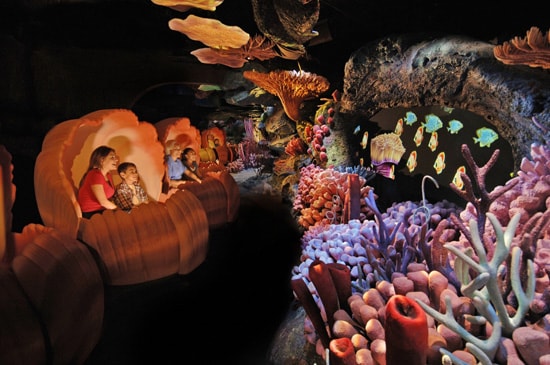 The Disney∙Pixar film “Finding Nemo” debuted in 2003, inspiring new attractions at the pavilion: Turtle Talk with Crush opened in 2004, giving guests a chance to converse with the sea turtle from the film, and The Seas with Nemo & Friends ride-through attraction followed in 2006, allowing guests embark on their own underwater search for Nemo. 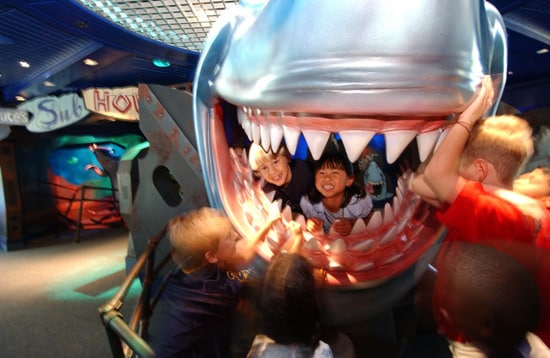 Today, the pavilion is home to these attractions, plus Bruce’s SharkWorld, a play area themed around additional Finding Nemo characters. The pavilion’s aquarium has also grown to include more than 6,000 inhabitants, including sea turtles, dolphins, rays and other creatures of the deep.