For everyone on board – like me – it was an emotional moment to see hundreds of Disney cast members waving and cheering while fireworks burst above in the pre-dawn sky. A crowd of about 2,000 people turned out in the dark to see the ship pull in, which was a wonderful welcome. 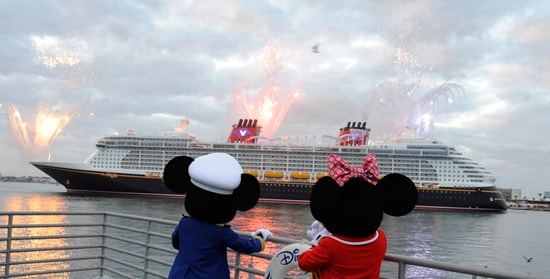 The arrival of the Disney Dream in Florida marks the end of the ship’s nearly two-year construction journey and the start of an exciting new era for Disney Cruise Line guests, one that will send our existing ships on adventures to other parts of the world.

On Thursday, in fact, the Disney Wonder will depart for West Coast-based itineraries including the Mexican Riviera and our first-ever cruises to Alaska. This summer, the Disney Magic will return to Europe for visits to popular ports in Italy, France and Spain, plus stops in Tunis in northern Africa and the island nation of Malta.

During the trip home I had a chance to meet and talk with dozens of Disney Dream crew members, many of whom will be familiar faces to repeat guests who’ve sailed on the Disney Magic and Disney Wonder over the past 12 years. Everyone is so excited to welcome the first passengers aboard later this month.

We all agree that as beautiful as the Disney Dream is, what’s been missing up to now are the Disney Cruise Line guests who’ll bring the ship to life with their smiles, laughter and enthusiasm. That’s what I’m looking forward to the most and I’m glad we’ll get to share it with you on the Disney Parks Blog. 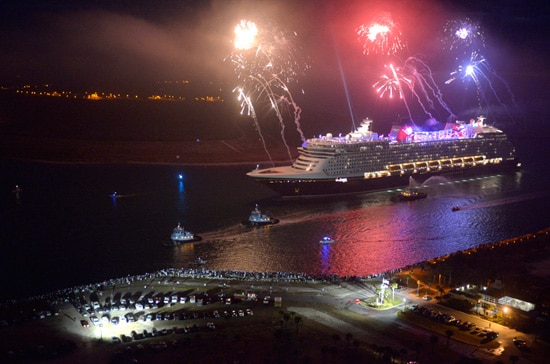 In the meantime, before the ship can sail her maiden voyage on January 26th we have to christen her, right? It’ll be spectacular and I can’t wait to tell you what we’ve got planned. First I have to unpack, though.

It’s good to be home.