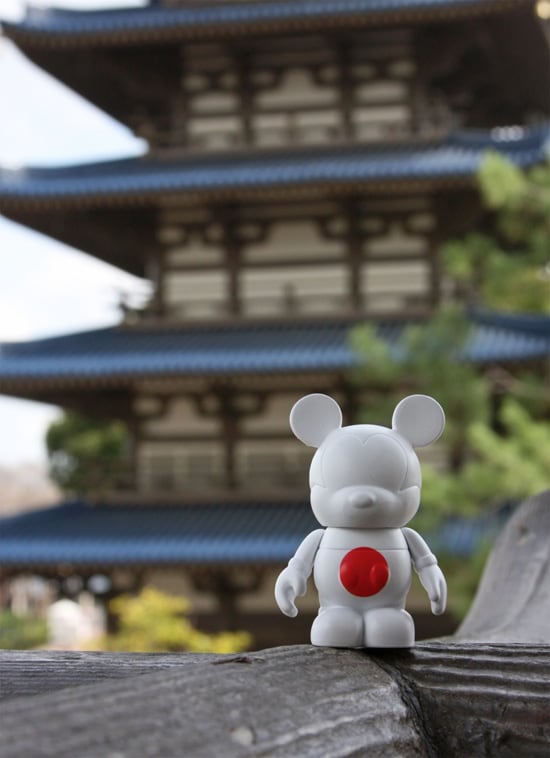 As mentioned in a previous Disney Parks Blog article, I love Epcot. I served as an attraction manager for World Showcase East operations in 2003. I had a blast working directly with the International Program Cast Members from Mexico, Norway, China and the United States. I learned much from them, and I still correspond with several of them today. That spirit of cultural exchange was always a part of the Epcot philosophy (even when World Showcase was once planned to be a separate “park” located near the Transportation and Ticket Center). My love for all things international is probably the reason why I love the recently released Vinylmation Flag series so much. I spoke with Caley Hicks, the artist behind this series, about its creation. 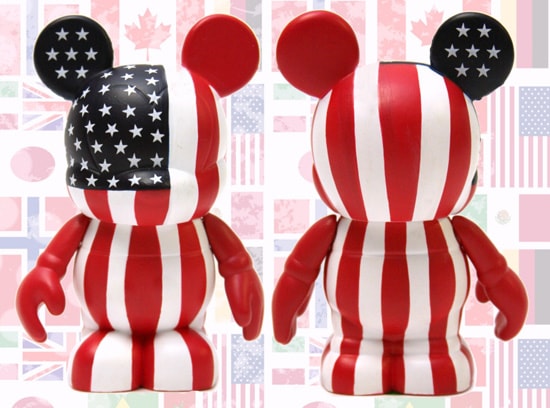 “The first figure I designed was the United States flag,” explained Caley. “I thought it would be easy to design but it turned out to be a challenge. I wanted the figure to be authentic like an actual American flag, but getting the flag to wrap around the Mickey Mouse shaped form was difficult. In the end, I think it turned out great but took a little longer than I anticipated.”

This series is similar to other open window box series we’ve released like Vinylmation Sports. The idea was to allow Guests select their favorite country or the country they consider home. The eleven countries of World Showcase were selected as a starting point. The country of Brazil was added as a figure since there are many Guests from that country visit the Walt Disney World Resort. 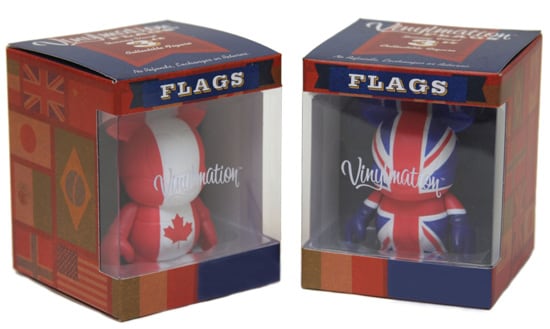 “I sought to create balance with each figure I designed,” continued Caley. “I think my favorite example of balance is found with the Canadian flag figure. I like how the final version looks balanced with the stripes and the maple leaf.”

Work on this series began in spring 2010. While Caley designed the figures, Lisa Badeen of Cutesters #1 fame created the packaging. Elements from this series were then used as visual displays in select Epcot merchandise locations starting last September. 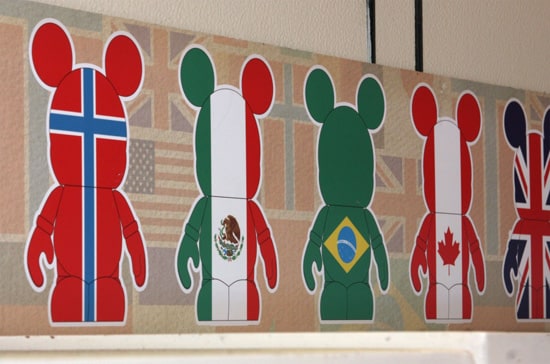 I asked Thomas Scott, one of the lead designers for Vinylmation, if we will see additional flags added to this series.

“I think it is fair to say that guests will eventually see some flags added,” said Thomas. “I can’t say which countries right now but there are some that are coming.”

I’m hoping for Slovakia (it’s my heritage, but that won’t happen). You can find these figures at select merchandise locations in Disney Parks or via our on-line Disney Theme Park Store. With all this talk about World Showcase, I need to visit Epcot again. If you need me, I’ll be in the Japan Pavilion (my home away from home it seems).