Epcot Sushi Without Going to Epcot 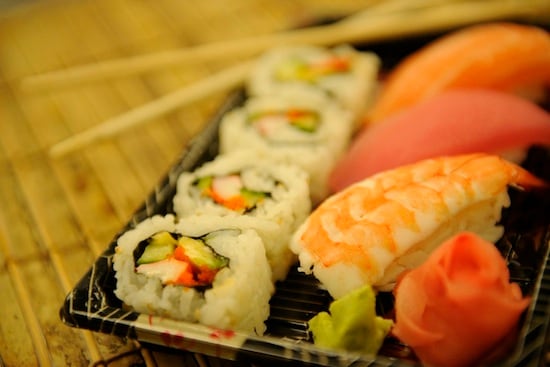 One of our favorite splurges is a visit to the Japan Pavilion at Epcot for sushi. The Mitsukoshi chefs serve so much raw fish that we consider Tokyo Dining, the chic dining room overlooking World Showcase, as our No. 1 spot for super-fresh seafood.

Now Mitsukoshi is the sole supplier of all the packaged sushi at Walt Disney World Resort, so we no longer have to make the trek to Epcot – though you still must visit the restaurant for their specialties such as unagi (grilled freshwater eel) or kakuni (braised pork belly slowly cooked in sake, soy sauce and ginger). 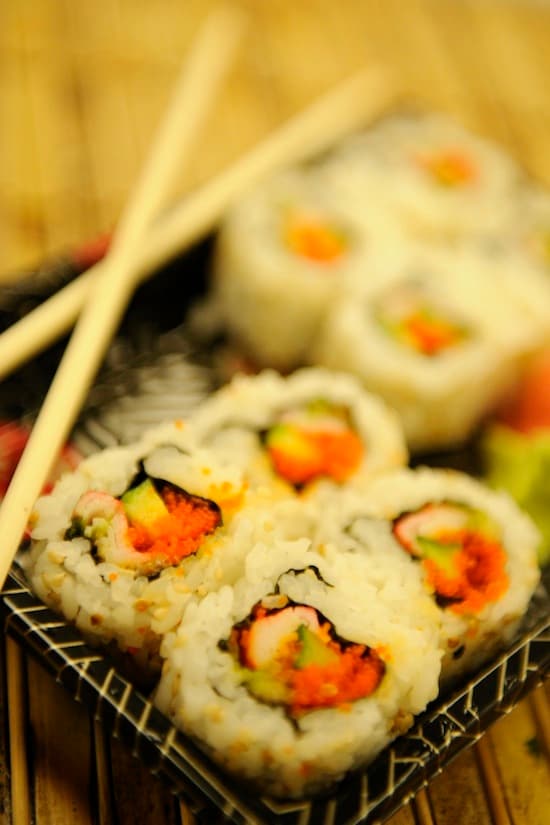 But when you just want a California roll, a spicy tuna roll, a vegetable roll (a great intro to sushi) or a sampler of all three, you can now pick up a to-go box at the following locations: