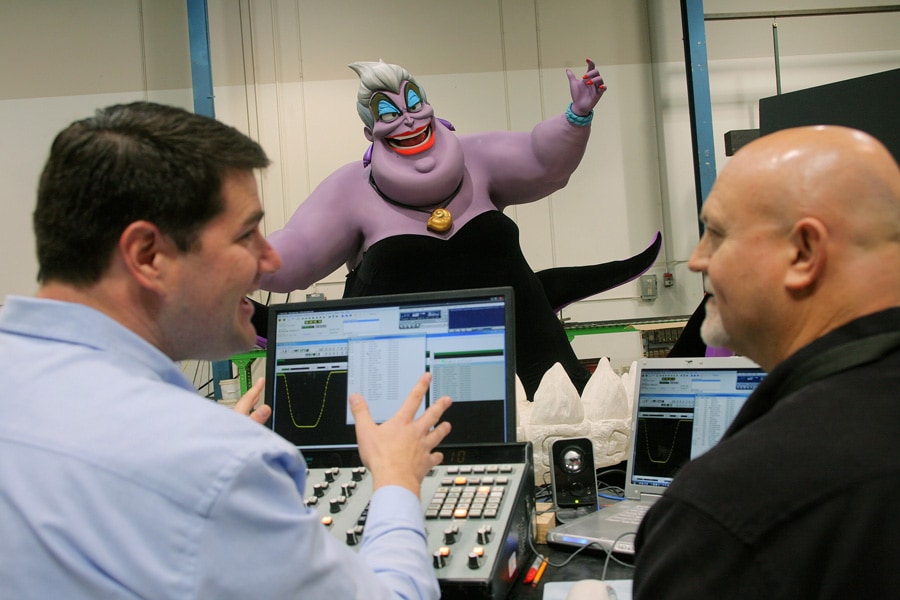 From Under the Sea to Galaxies Far, Far Away…Opening Dates Are Set For A Soundsational Summer at Disneyland Resort

As days get longer and the weather gets warmer (well, hopefully!), we are very excited about summer 2011 at the Disneyland Resort. And today I’m thrilled to share the grand opening dates for three new experiences headed your way.

Grand opening June 3: At Disney California Adventure park, get ready for an all-new voyage with one of Disney’s most beloved characters, Ariel. The Little Mermaid ~ Ariel’s Undersea Adventure will invite guests to take a journey under the sea to experience all the fun and adventures in Ariel’s world. From the great songs to state-of-the-art animatronics and special effects, guests will become a part of her world in a way that’s never happened before.

The Little Mermaid attraction is the next big milestone in the expansion of Disney California Adventure park. “World of Color” debuted last year and continues to wow guests every night with magic that combines choreographed fountains, lights, lasers, music, animation and Disney storytelling. And on the horizon, guests can see Cars Land taking shape, which opens in 2012.

Here’s a first look at the vision Walt Disney Imagineers have for Ursula, who will play a big role in The Little Mermaid ~ Ariel’s Undersea Adventure. 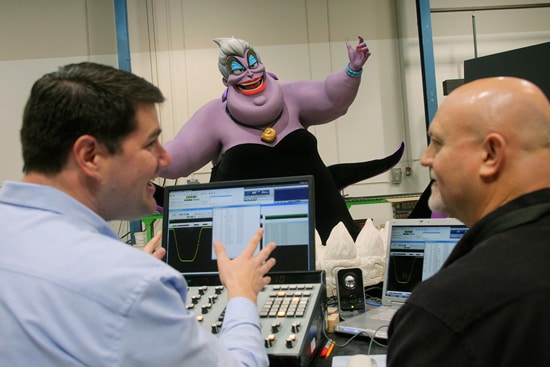 Across the esplanade at Disneyland park, guests this summer will be dancing to the beat of a whole new parade and jetting off to new galaxies far, far away.

May 27 Premiere: “Mickey’s Soundsational Parade” officially steps off for Memorial Day weekend, with an explosive musical score, thrilling rhythms and bold percussion that will have people dancing to many of their favorite Disney tunes. Look for whimsical float units, live musicians and some of your favorite characters. Mickey Mouse and his pals will be jamming like never before and creating an atmosphere that will be…soundsational!

Here’s a peek at the preparations:

Grand opening June 3: And for those who dare to venture into the deep, dark corners of the universe, Star Tours – The Adventures Continue officially launches in Tomorrowland at Disneyland park, taking guests on interstellar adventures to Coruscant, Tatooine, and other destinations in the “Star Wars” galaxy. With the return of favorite Star Wars characters and the addition of more familiar faces and destinations, guests are going to experience Starspeeder travel in an all-new way…in 3D!

You may remember, Star Tours – The Adventures Continue also launches at Disney’s Hollywood Studios at Walt Disney World Resort on May 20. May the Force be with you! 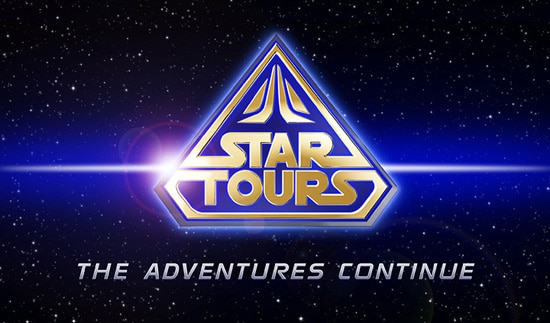 Summer Fun: Along with these three exciting additions, guests will find even more fun this summer at the Disneyland Resort. So, stay tuned to the Disney Parks Blog for updates.

What are you most looking forward to this summer at the Disneyland Resort?

Likes (1)
Share From Under the Sea to Galaxies Far, Far Away…Opening Dates Are Set For A Soundsational Summer at Disneyland Resort