This morning in Papenburg, Germany, I watched the Disney Fantasy move a step closer to reality as Disney Cruise Line celebrated the keel laying during a special ceremony at the Meyer Werft shipyard. 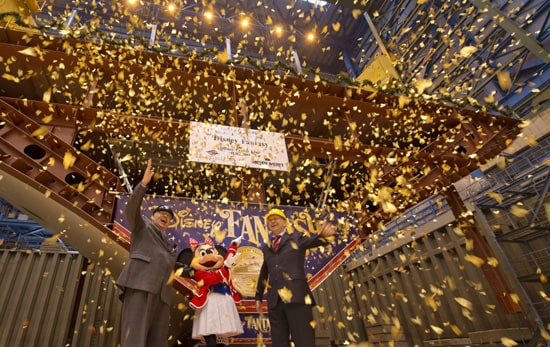 I felt honored to witness such a monumental moment. The keel laying marks a significant milestone in the ship building process – it’s when the first block, or section of the ship, is lowered into the building dock and a coin is placed under the keel for good fortune. Karl Holz, President of Disney Cruise Line, placed the coin in the keel today with assistance from Minnie Mouse. And, we captured the event for you to see! 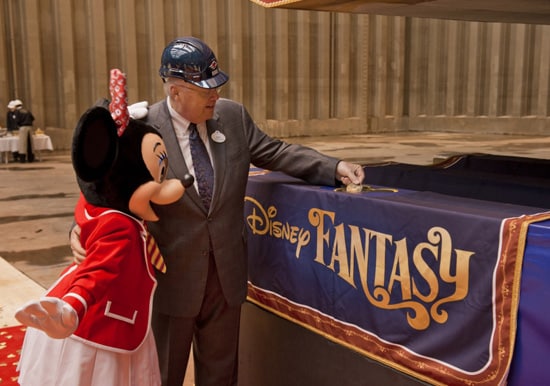 Part of the Disney Cruise Line fleet, the 4,000-passenger Disney Fantasy is the second of two newly designed ships that take the family cruise experience to all new heights.

The Disney Fantasy will join her sister ship, the Disney Dream, in Port Canaveral, Florida, to sail 7-night Caribbean cruises, with the maiden voyage scheduled for March 31, 2012. It will be here before we know it!

The Disney Fantasy will offer many of the innovations that the Disney Dream features and brought to the cruise industry for the very first time, including AquaDuck – the world’s first shipboard water coaster. However, the Disney Fantasy will include a few new design elements and guest experiences that will give the ship her own unique identity. Stay tuned over the next several months as we reveal more details.