UPDATE: Gator Nation rejoice! Former Gators quarterback Tim Tebow has just confirmed that he will participate in ESPN The Weekend next weekend at Walt Disney World. Tebow, now with the NFL’s Denver Broncos, will be reunited with former Gators coach Urban Meyer, who previously committed to be at the event. 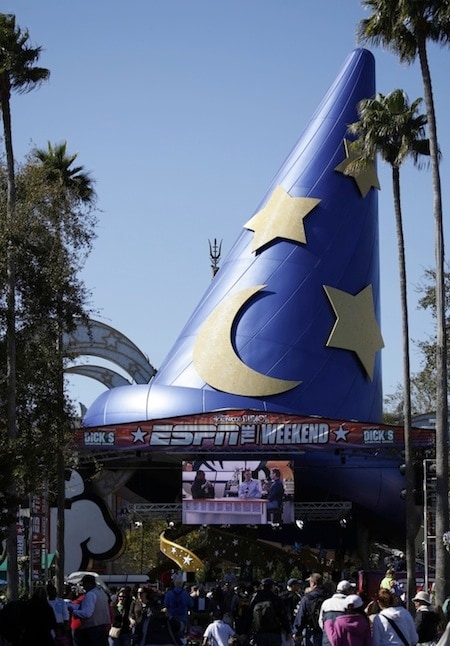 In all, more than 35 athletes and ESPN on-air talent will be at Disney’s Hollywood Studios for the March 4-6 event that’s presented by Dick’s Sporting Goods this year. Check out the complete list of ESPN personalities and sports celebrities expected to attend at www.espntheweekend.com (Click on Who’s Coming).

But fans will have much more to do than just see and hear their favorite players and ESPN personalities. There’s an interactive ESPN Sportszone area where fans can test their skills at a wide variety of sports, possibly even against one of the many sports celebs. There will also be daily motorcades with athletes, sports trivia game shows with Howie Schwab (Stump the Schwab) and fan Q&As with athletes.

If you’re a sports fan, is there really any other place you’d rather be? Probably not. So, if you want to get up close and personal with these sports stars, just go to www.espntheweekend.com to get tickets. You can get any last-minute additions to the player lineup on Twitter at @DisneySports and search #ESPNWKND.

And don’t forget to bring your “A’’ game!