Things That Spin in the Night at Disney California Adventure Park

On the way over to Disney California Adventure park to photograph the next part in this series, I was hoping I could get three of the four attractions at Paradise Pier that spin in the same photo – and get them all spinning at the same time. After a little patience, waiting for all three to spin at once, I finally got the photo I was looking for. I had no idea there would be so many different color patterns on Mickey’s Fun Wheel; no two photos had the same pattern that night unless it was stopped. Here are a couple of examples. 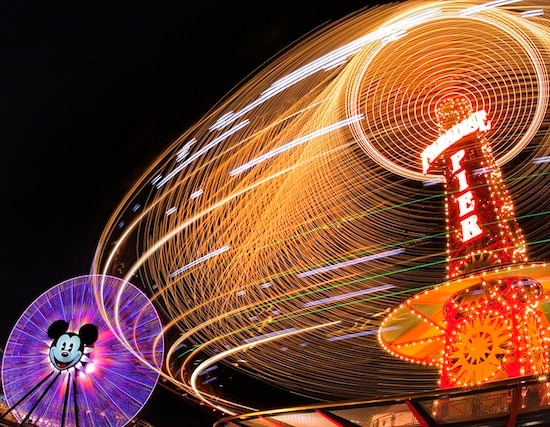 I have a few more images to share from this series, so make sure to stop back if you like “things that spin in the night” here at the Disneyland Resort.