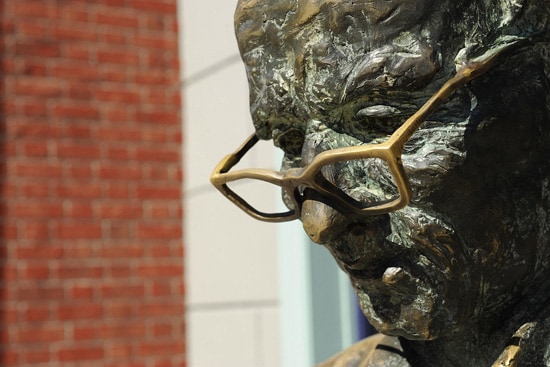 That’s the stare of a man thinking of lost love on the day after Valentine’s Day and you’ll find it somewhere at the Walt Disney World Resort. In fact, this week’s mystery image can always be spotted alone with that same look – if you’re observant. But where? Please put your answers in the comments and we’ll update the post with the answer later today. 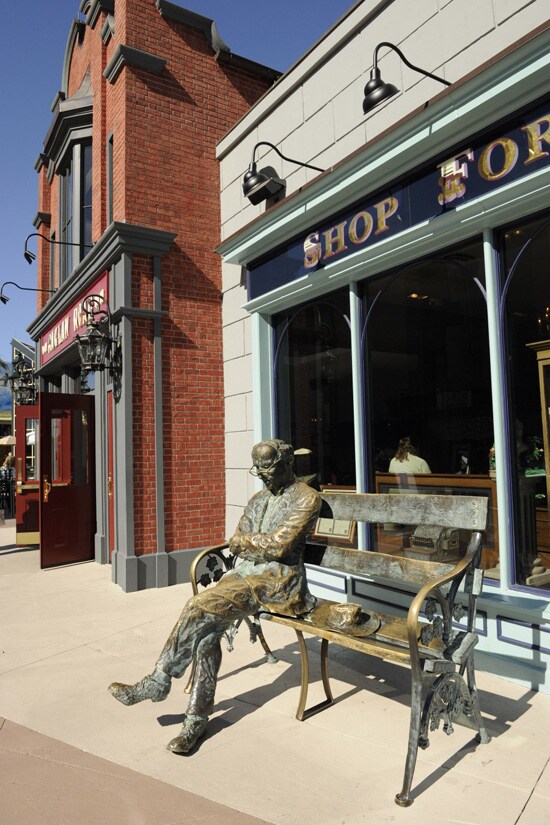 You’re right, this week’s mystery image can be found outside the Raglan Road Irish Pub & Restaurant in Downtown Disney. And here’s the story. Patrick Kavanagh was one of Ireland’s most renowned poets & novelists. His best known works include the novel Tarry Flynn and the poems Raglan Road and The Great Hunger.

In the poem the poet, walking on a “quiet street” (Raglan Road), recalls a love affair he had with a young woman. He knew he would risk being hurt if he initiated a relationship, but went ahead anyway. The poem was later made into a song which is often played by our house band “Creel” at Raglan Road.

Patrick Kavanagh was always seen sitting alone on a park bench by the Grand canal in Dublin so when he passed away in 1967 he was commemorated with a statue by the banks of the canal. Today, the only replica of this statue is found outside Raglan Road in Downtown Disney, a man sitting alone on a bench thinking of his lost love. 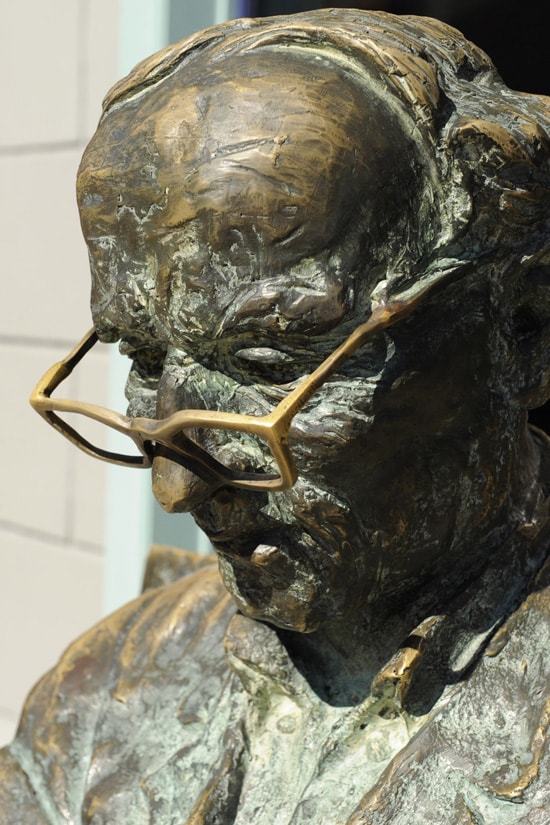