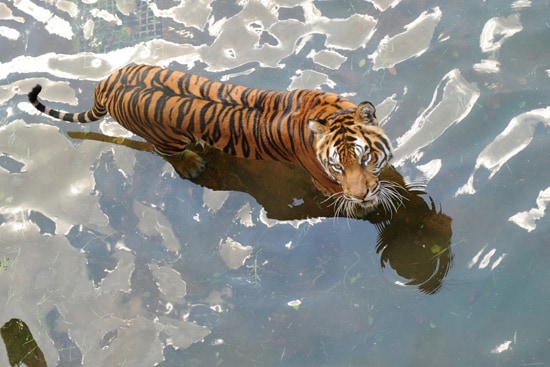 A very popular spot on the Maharajah Jungle Trek at Disney’s Animal Kingdom is the tiger viewing area. Guests really enjoy watching these magnificent animals, the largest of all wild cats, and asking questions of our Cast Members as they share “tiger tales.” For example, did you know that a tiger’s stripes help it hunt? The stripes break up their outline, helping tigers to remain undetected as they close in on their prey in their forest homes. And not only is a tiger’s fur striped, but its skin underneath is too.

Unlike some other cats, tigers seem to enjoy water and can swim well. They use rivers and lakes to seek relief from the heat and to catch fish. 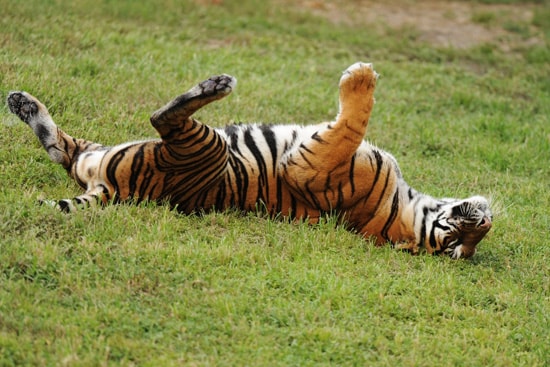 Tigers once were found throughout central and southern Asia and as far west as eastern Turkey. Human population growth has dramatically reduced tigers’ habitat. As happens throughout the world, animals and people compete for space. Protecting the forests for tigers and other wildlife is very important. One way you can help is by purchasing products made of sustainable wood or bamboo.

The Disney Worldwide Conservation Fund (DWCF) has contributed more than $167,000 to 11 projects supporting tiger conservation. In 2010, for example, DWCF awarded a grant to the Wildlife Conservation Society to assist in outfitting and training Thai rangers to patrol critical tiger habitat along the Thailand-Myanmar border, one of the largest protected areas in Southeast Asia and a UNESCO World Heritage Site.