A Wonderland of Pins at Disneyland Resort

Yesterday I chatted with artists Jeff Granito and Alex Maher, along with product developer Jeanne Lewis – the creative forces behind next month’s release of a new pin collection, Celebrating 60 years of Disney’s Alice in Wonderland.

Jeanne talked about why she chose to pay tribute to Alice in Wonderland with this very merry un-birthday collection: “We wanted to find a new way to celebrate the film’s 60th anniversary and all things Alice at Disneyland. Coming up with the title was the most fun. We wanted to call it the Alice in Disneyland collection, but to add a bit of humor … we made it look like the Queen of Hearts had disrupted the event, leaving her ‘mark’ by painting ‘Wonder’ across everything.”

As the film celebrates its 60th year, we’re getting the chance to re-introduce these characters to a new generation. I’m really excited for this collection but I’ll let the artists tell you more about it. 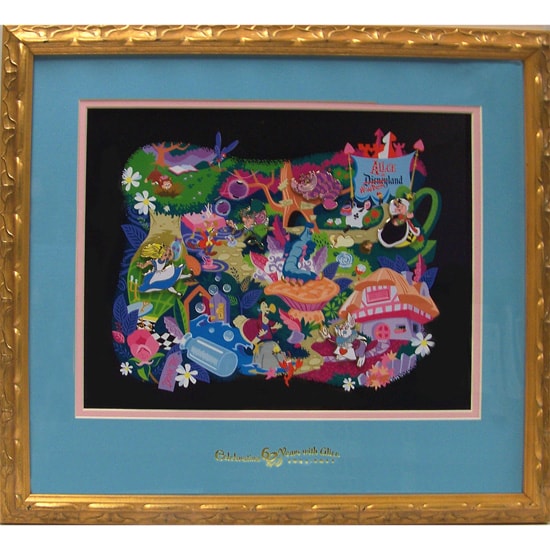 Lucky for me, I was able to convince the artists to share a few images with us as well as some of the inspiration behind this special series.

Alex: “Walt Disney had a long-standing affection for Alice in Wonderland, starting with the origins of the Walt Disney company in 1923. But It wasn’t until 1951 that the feature was finally produced. What I loved the most about this feature was the art direction by Mary Blair. Her bold use of color and design made this one of the most unique features ever produced. It was a pleasure working with Jeff and Jeanne in recreating these wonderful characters for this pin collection.”

Jeff: “My parents used to take me to all the Disney movies growing up and I spent quite a bit more time at home reading about these characters from books. What I enjoyed most about this project was interpreting ‘Wonderland’ and the characters in a nostalgic way that reminded me of the illustrations that captured my attention as a child.” 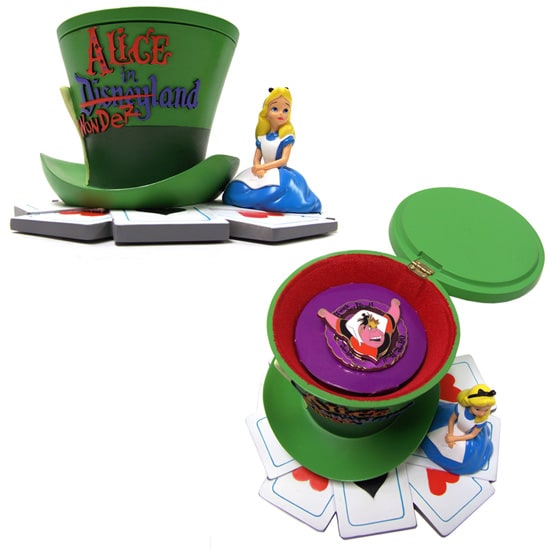 The collection, set to debut April 2, includes limited-edition pins featuring some of your favorite characters, a mystery collection inspired by a deck of cards, a framed set and even a Mad Hatter-inspired hat sculpture that opens up to reveal a pin of the Queen of Hearts saying “Off With Her Head.” Because these pins are limited, you will have to sign up for the opportunity to get a wristband to purchase them. That’s why I wanted to let you know first, here on the Disney Parks Blog. There are more details about this release on DisneyPins.com, so check it out when you have time.

If you’re looking for a way to celebrate, join us April 2 as we host Alex and Jeff for a special appearance and signing at Little Green Men Store Command from 9 a.m. to 11 a.m.

If you like this collection, let me know which pin is your favorite and why.

Likes (0)
Share A Wonderland of Pins at Disneyland Resort