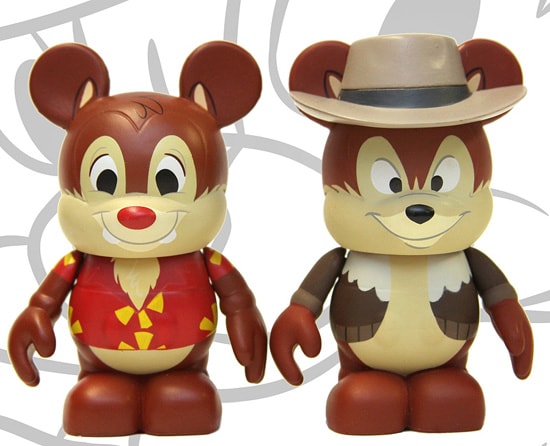 There is one word that causes me to break into song – “Ducktales!” Did you finish singing the rest of it? Like many of you, I was glued to the television watching the Disney Afternoon when younger. There were so many great shows (with great theme songs – “Spin it!”). Fortunately for many fans (including me), there is an artist with Disney Design Group who brought his love of the Disney Afternoon to a new series of Vinylmation figures. I spoke with Chris Chapman about his work during a recent visit to his office.

“My sister Jackie and I grew up watching the Disney Afternoon,” reminisced Chris. “Several Disney Design Group artists and I have been talking for awhile about introducing Disney Afternoon merchandise to Disney Parks. Vinylmation seemed like a great fit for these characters.”

There will be multiple two-figure sets featuring shows like “TaleSpin,” “Chip ‘N Dale Rescue Rangers,” “Ducktales” and more (sorry, no set for “Disney’s Adventures of The Gummi Bears” at this time). These sets will have an edition size of 1,000 each and will retail for $26.95 each. The first set – Disney TaleSpin – is being released via the Disney Parks Online Store on March 2, 2011. Additional sets will be released at the D-Street locations in California and Florida in the coming months (keep watching Disney.com/Vinylmation for dates).

Chris was responsible for designing the figures and the packaging, which was inspired by the opening credits. 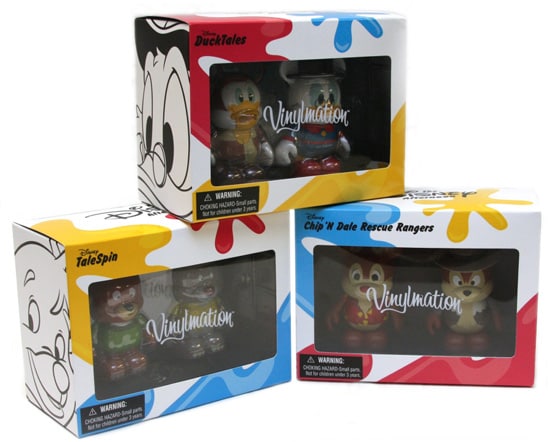 ”I designed the boxes with the opening credits in mind,” explained Chris. “They feature splashes of paint, the classic Disney Afternoon logo and a black and white sketch of one of the characters in the set.”

These sets have been in development since January 2010. One figure in each set will have an accessory item like the hats featured on Baloo, Darkwing Duck or Chip. I asked Chris which figures he found most challenging to design.

“The toughest figures were Scrooge McDuck and Launchpad McQuack,” said Chris. “Their duck bills were difficult to translate to the Mickey Mouse shaped form. Baloo, on the other hand, was the easiest.” 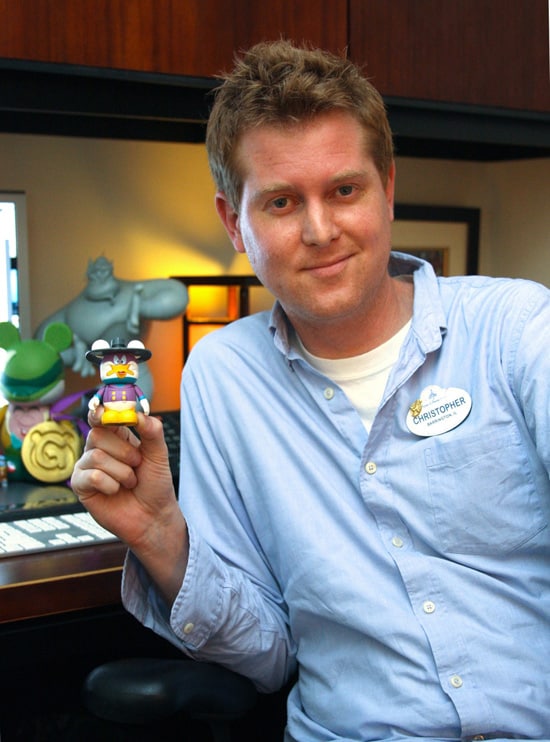 I think my favorite figures are Chip and Dale (it’s Dale’s aloha shirt – how I want one like that!). Chris told me his favorite figure is Darkwing Duck.

“It is difficult for me to pick just one figure,” laughed Chris. “I like Darkwing Duck as I always liked that show. The show was a great mix of comedy and adventure. The figure with his hat turned out perfect!”

And with that said, “Let’s get dangerous!”