Disney Dream Portraits by Annie Leibovitz: Behind The Scenes With Olivia Wilde as the Evil Queen

Last week, I shared three beautiful new Disney Dream Portraits created by Annie Leibovitz for Disney Parks. As promised, today I’ll kick-off a three-part series taking you behind the scenes of a few of these photos shoots.

I’ll begin with Olivia Wilde as the Evil Queen. Olivia’s photo shoot took place last October in New York City. The underground lair you see in the photo was an incredibly detailed set based on the film – there was even real fire in the mirror! When I saw the set, I really couldn’t believe how realistic it was, complete with staircases, huge columns, torches and an ornate frame around the mirror. 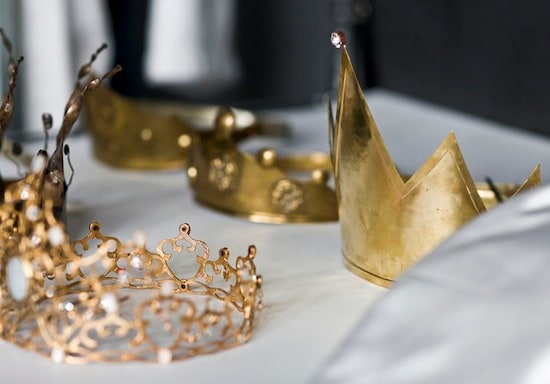 Annie and her team were attentive to every wardrobe detail as well, and the crown was no exception. There were several different crowns on hand, and a couple of them were tried out, but ultimately, the first (and largest) one was judged to be the best. 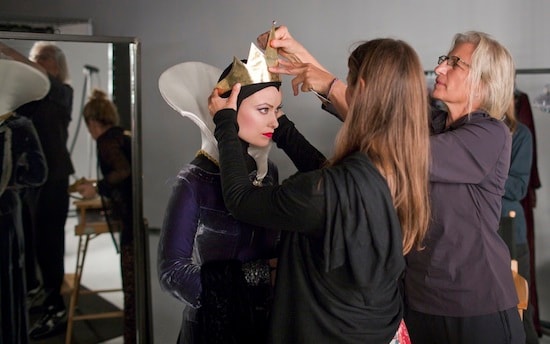 I’ve come to understand the important role that music plays on these shoots. It can help set the mood of the scene, inspire, as well as make the actor feel more comfortable. It can be an interesting mix. The music playing during this shoot alternated between Wagner’s “Ride of the Valkyries” and the original soundtrack of “Snow White and the Seven Dwarfs.” In fact, the music from the first scene with the Magic Mirror was so chillingly perfect, it was played several times and gave most of us in the room goosebumps. When it was over, Olivia remarked, “You should play that music on every shoot!”

Olivia and Annie were both interested in exploring this iconic Disney character; her motivations, her feelings, the meaning of every expression and subtle movement. I think this video gives a great sense of the true collaborative spirit on the set.

I hope you will check back here tomorrow for a look behind the scenes of our shoot with Queen Latifah as Ursula.

Likes (0)
Share Disney Dream Portraits by Annie Leibovitz: Behind The Scenes With Olivia Wilde as the Evil Queen