Disney VoluntEARS Build Dream Playground in Less Than a Day

With an eagerness to make a difference and some elbow grease, more than 200 volunteers from Walt Disney World Resort and the community lent some magic to a KaBOOM! playground build yesterday at the Orlando Day Nursery. 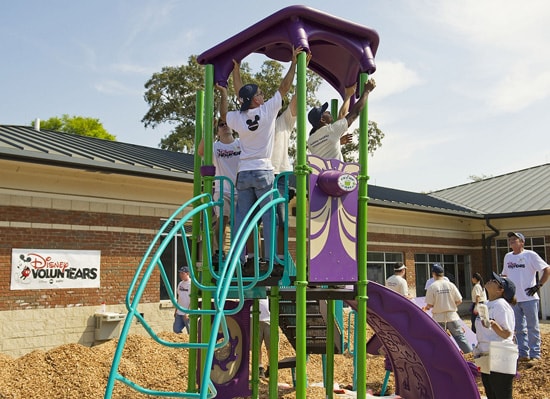 It took less than six hours for the group to construct a safe new play space and vegetable garden to serve more than 300 local children. The children themselves had a hand in the playground’s design, which was based on their drawings.

Building a dream playground in less than a day is quick by any standard…and even quicker when captured on time-lapse video.

VoluntEARS moved more than 42,120 square feet of safety surfacing – enough to cover nearly 10 NBA-sized basketball courts – and mixed nearly 10,000 pounds of concrete by hand. It was a treat to watch it all come together. Very impressive and sure to be impactful for years to come. 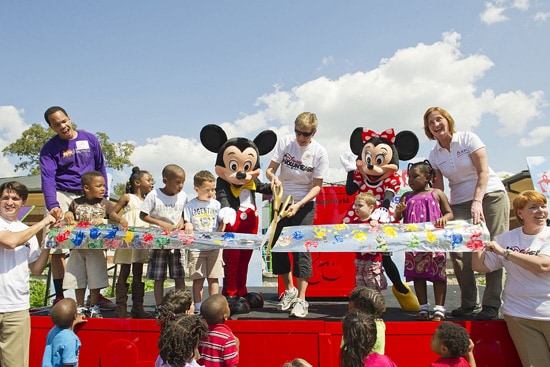 The playground build is a prelude to the first-ever Disney Magic of Healthy Living – The Weekend, which takes place at Walt Disney World Resort. This weekend, Disney will celebrate fifty kids from around the nation for their winning essays on living a healthier life. As part of the event, they will be invited to explore a new world full of flavor and fun. Activities include a one-of-a-kind “TRYathlon,” a course ‘around the world’ where kids try new foods and new moves that lead to a healthy lifestyle.