Last week we gave you a sneak peek inside Town Square Theater, the new permanent meet-and-greet area for Mickey Mouse at Magic Kingdom Park. Today, we’re happy to share more details with our Disney Parks Blog readers, as well as a new batch of photos from inside the theater, which will officially open April 1. 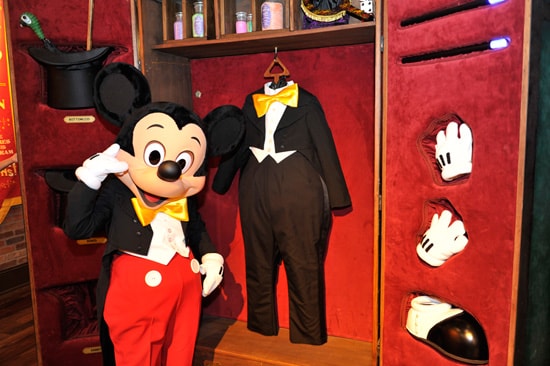 Here’s a look at what you can expect on your next visit.

Town Square Theater (previously Town Square Exposition Hall), has been re-imagined as a turn-of-the-Twentieth-Century theater where posters proclaim Mickey Mouse as the star of a magic show. From the start, guests have three options: enter the queue that leads to Mickey Mouse, join the queue for Disney princesses, or pick up a Disney FASTPASS ticket that enables guests to return and visit with their favorite characters at a later time. 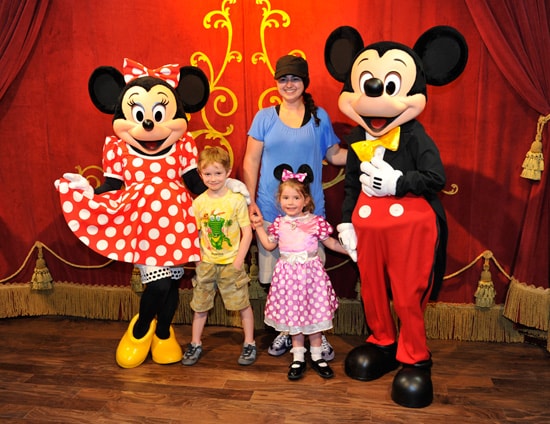 There’s plenty of magic in store for those who wait in the queue, which is lined with posters of Magician Mickey Mouse doing some of his best – and occasionally, daring – magic tricks. Guests who look closely just may see a trick or two take place before their very eyes! And fans of Walt Disney’s first successful animated character, Oswald the Lucky Rabbit, may be delighted to see him featured on one lobby poster as “Oswald the Disappearing Rabbit.” 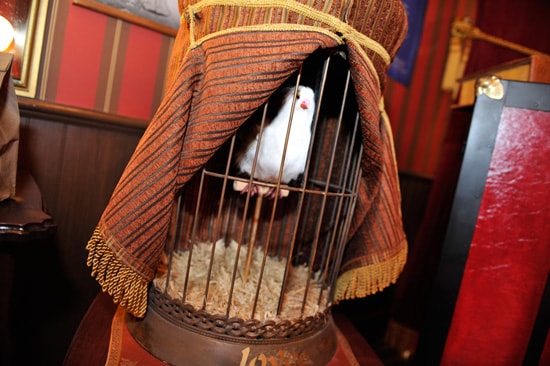 Later on, you’re welcomed into Mickey Mouse’s dressing room for a meet and greet. Although Mickey is the star of the show, his dressing room sports many magical touches that may make guests take notice, including a Leota-brand crystal ball, a familiar-looking parrot umbrella and a bird in a cage that seems to vanish before your very eyes. 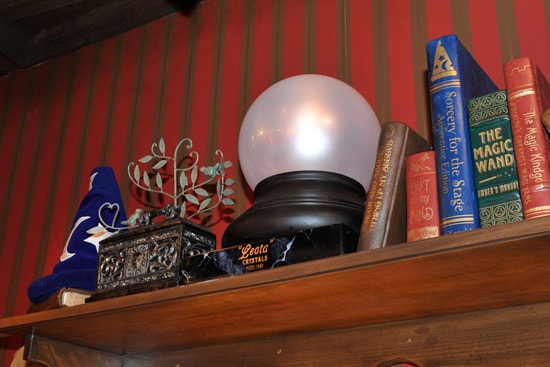 Be on the lookout for another reference to Oswald placed among Mickey’s belongings here, too. 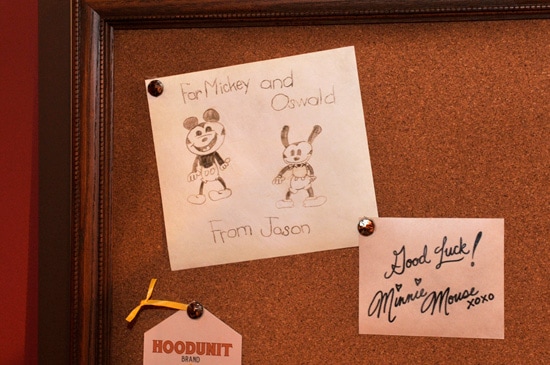 Families who choose to see Disney princesses at Town Square Theater will do so in a separate new area that’s fit for royalty. This room, which is a temporary meet-and-greet location for Disney princesses, features luxurious blue tapestries and a dreamy mural of a lush forest and a royal castle. 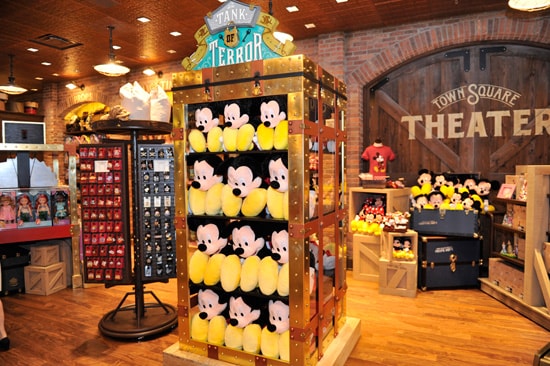 After their meet and greet, guests exit through Curtain Call Collectibles, a shop with theater prop theme. Here, some of the contraptions used in Mickey’s best magic tricks – including a dunk tank, sword basket and saw of dread – have been repurposed to showcase Mickey merchandise.

Check back on Friday for video that celebrates the theater’s debut.