More Than Meets the Eye at Disney’s Animal Kingdom 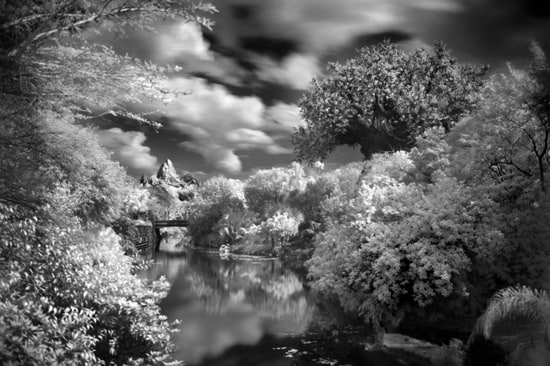 Today’s magic words: puffy white clouds. In taking my near infrared photo sideshow through the final park at Walt Disney World Resort, Disney’s Animal Kingdom, I was lucky enough to find myself on the bridge leading to Harambe on a sunny day when the sky was chock full of the little buggers. I was totally unprepared for the effect a sky full of small, fast-moving clouds would produce during 30-second exposures of Expedition Everest and the Tree of Life. 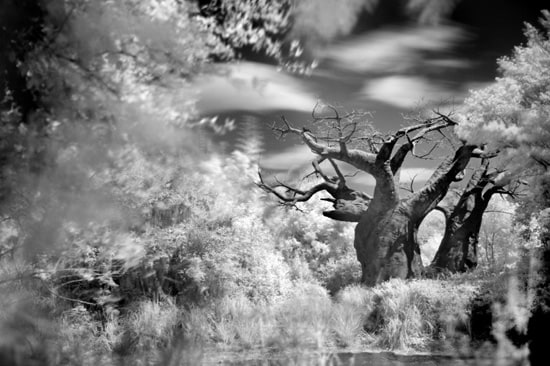 It’s a rare and satisfying experience when you look at an image as it pops up on your camera’s LCD screen and go, “Oooooo!” However, as satisfying as it may be, I realized that day that it’s probably best to smile and say it quietly to yourself rather than standing on a bridge, grinning like a goof and making sounds like a lovesick moose. 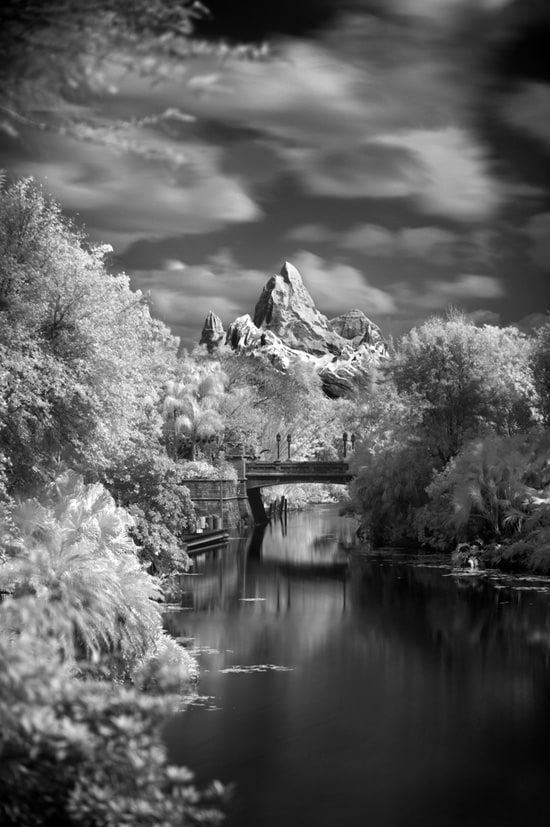 With as much fun as I’ve had shooting these near infrared photos, I find I’m having a hard time making myself take the filter out of my camera bag and put it back in the cabinet. Maybe I could leave it in there a little while longer.