More Than Meets the Eye at Epcot 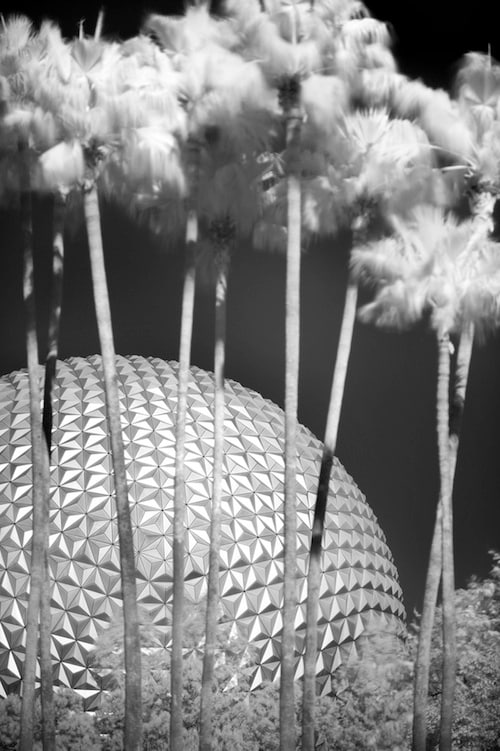 The second installment of my near infrared photographic jaunt through the parks of Walt Disney World finds me at Epcot. For those who missed last week’s look at Magic Kingdom, these images, shot using a special filter, look at familiar Disney landmarks photographed beyond the spectrum of visible light. 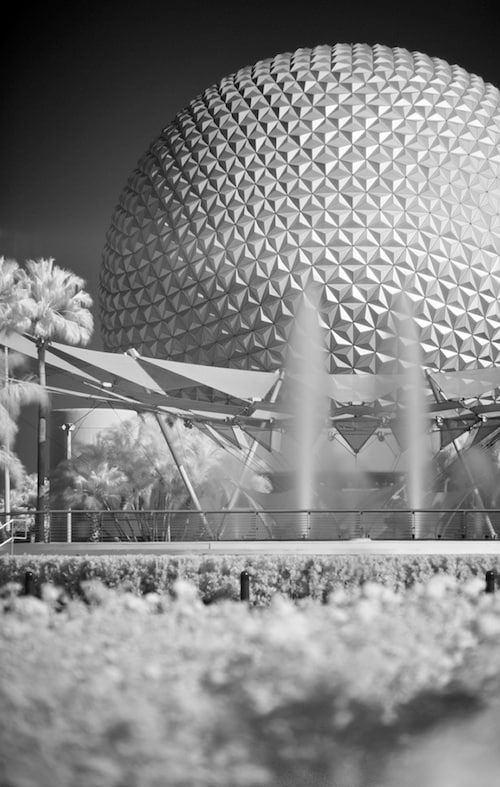 As I play with this technique a little more, I’m slowly figuring out how to anticipate what the final shot might look like in black-and-white, which has led to compositions I would not have considered for a traditional color photograph. The shot from Japan is a prime example. I like the way the light tone of the leaves frame and set off the dark tones of the pagoda. In color it could have been a pretty shot, but also pretty unremarkable. 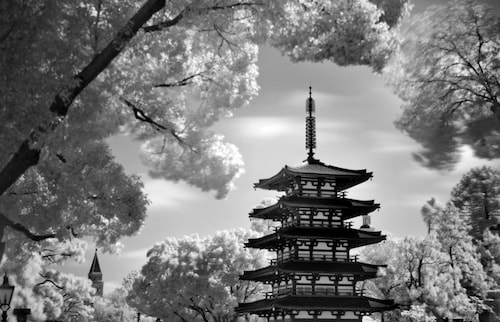 (By the way, did you know the five stories of the pagoda symbolize earth, water, fire, wind and sky? No? Neither did I.)

Likes (0)
Share More Than Meets the Eye at Epcot