On This Day in Disney History…

Plane Crazy, the first Mickey Mouse short ever made (and the third released), premiered with sound at the Mark Strand Theater in New York City on March 17, 1929. 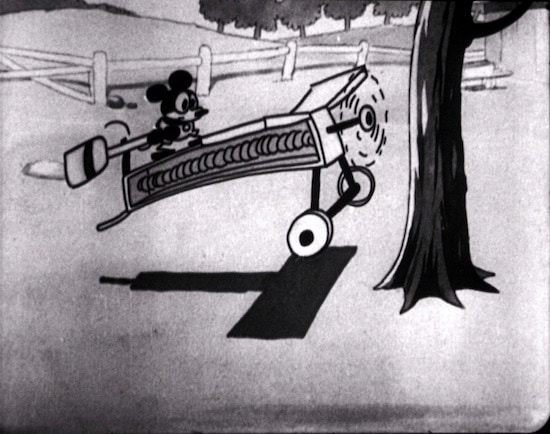 In this short, Mickey Mouse dreams of being like his idol, famed aviator Charles Lindbergh. He decides to build his own flying machine to impress his new sweetheart, Minnie Mouse, who, after a series of mishaps, ends up bailing from the plane by using her bloomers as a parachute.

An exact reproduction of the animation table animators at Walt Disney Productions used to make the first three Mickey Mouse shorts – Plane Crazy, The Gallopin’ Gaucho, and Steamboat Willie – currently is on display at the Walt Disney: One Man’s Dream exhibit at Disney’s Hollywood Studios. Among the animators who worked on the Plane Crazy short was Disney Legend Ub Iwerks.